[Nov. 18, 2022], Montclair, NJ]–The Montclair Art Museum (MAM) is pleased to announce a new exhibition opening in February of 2023 featuring the work of vanessa german (b. 1976) entitled …please imagine all the things I cannot say...

vanessa german: …please imagine all the things I cannot say… will take the form of a large-scale, immersive installation of mixed media artworks and will be the artist’s first solo museum show in the New York City area. The exhibition will include a range of free-standing and wall-based works from the years 2016 to 2021, along with several works from german’s recent solo show, vanessa german: Sad Rapper, at Kasmin Gallery in New York City (September 8–October 29, 2022).

A Los Angeles native, german currently resides in rural North Carolina. She is a self-taught sculptor, painter, poet, and performance artist who refers to herself as a citizen artist and is interested in art as a form of healing, protection, and activism, especially for African Americans. Her mostly female power figures explore themes of strength, love, and justice, while engaging with the complicated history of race in the United States. german was active from 2005-2021 in the community of the Homewood section of Pittsburgh and in 2011 she founded the Love Front Porch, an arts initiative for the women, children, and families of the local neighborhood. In 2014, she transformed the building next to hers into the ARTHouse, where people from her predominantly African American neighborhood were able to come and create–especially children. ARTHouse combined a community studio, a large garden, an outdoor theater, and an artist residency. german credits her mother, Sandra German, a quilter, fiber artist, and activist, with inspiring her from childhood onwards to make things: “We made our own clothes, toys, books, recordings, plays. So I really grew up my whole life understanding that I did not have to outsource my own fun (or) creativity. I could make the things of my life.”

The Museum’s Weston Gallery will feature mixed-media works from the artist’s installation Miracles and Glory Abound (2018), which traveled to three museums in 2019-20 (Flint Institute of Arts, Figge Art Museum, and Bates College Museum of Art) and has never been seen before in the NYC tri-state area. The centerpiece is a life-sized reinterpretation of Emmanuel Leutze’s iconic painting Washington Crossing the Delaware (1851, Metropolitan Museum of Art). LaQuisha Washington Crosses The Day Aware recasts the figure of George Washington as a tall, imposing, and proud African American mother. In visually altering Leutze’s narrative, german asks “Who gets to shape-shift that story? Who gets to create the images for those stories of American greatness?” Her take on the painting has been related to that of Robert Colescott’s George Washington Carver crossing the Delaware: Page from an American History Textbook (1975, Lucas Museum) through the casting of all the figures as African Americans. Miracles and Glory Abound asks us to reconsider the stereotypes of the birth of this nation–a task for which german is well-suited. As german inserts her multivalent identities of being Black, American, and a queer woman into this canonic American narrative, she asserts the notions that “the political meets the spiritual meets the cultural” and that they “meet in a way of my understanding of rightness.”

Linked to her identity as an activist, german’s creative practice has its roots in Indigenous and West African folk traditions, as well as the Black Arts movements from the 1960s onwards. She primarily works with assemblage as she sculpts with wood, plaster, and fabrics, which she adorns with a vast range of objects and materials—some found in her local community, others sourced from around the country. Prayer beads, doll parts, handmade patterned quilts, porcelain china, skateboards, rope, silk flowers, cowrie shells, coke bottles, vintage porcelain bells, and astroturf are among the array of objects which german says “become both the wound and the medicine.” These “emancipatory ingredients” are often listed and accompanied by a poem which conveys the inherent metaphysical meanings for each work. As the artist has observed, “what I am coming into is the way that the grief and the light are right there on the same spot…defy[ing] the law of physics that tell us that two things cannot occupy the same space at the same time.” The artist credits her earlier power figure sculptures, created from materials found at vacant lots and abandoned homes in her neighborhood, with saving her from depression brought on by poverty and hardship.

Through her powerful work and presence, german offers a redemptive space for visitors. They are invited to identify, experience, and begin to address any feelings of anger and grief brought about by both historical and ongoing racial violence in our society, to which german’s humanistic vision responds forcefully and compassionately. Furthermore, the community at MAM will experience firsthand german’s reputation as a mesmerizing speaker, educator, and performance artist, when she gives the prestigious Gaelen Family Artist Lecture in April 2023.

The exhibition will be accompanied by a fully illustrated catalogue for purchase in The Shop at MAM. It will be the only publication on the artist currently in print. 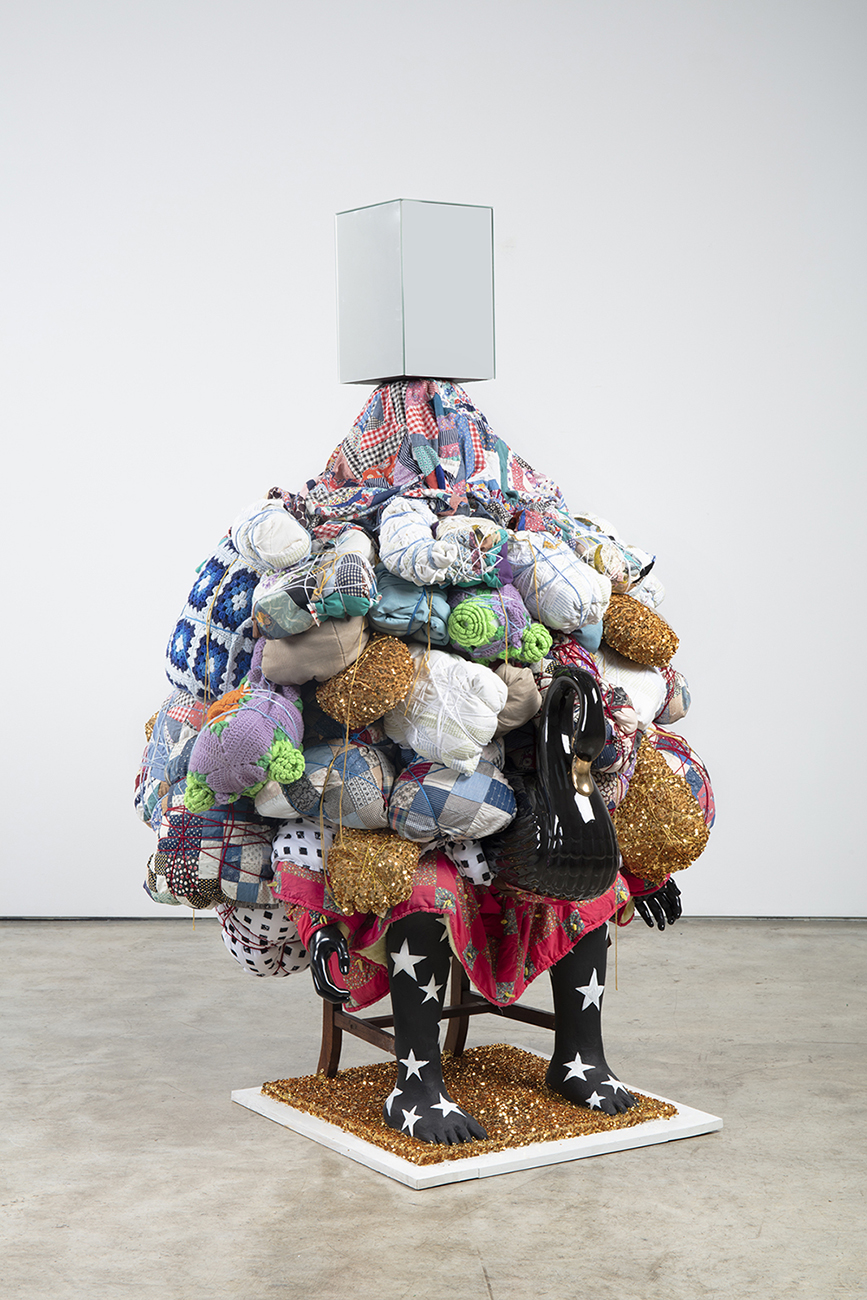 About the Montclair Art Museum (MAM)

The Montclair Art Museum boasts a renowned collection of American and Native American art that uniquely highlights art-making in the United States over the last 300 years. Works in MAM's Native American art collection span the period of circa 1200 CE to the present day. The Vance Wall Art Education Center encompasses the Museum’s educational efforts, including award-winning Yard School of Art studio classes, lectures and talks, family events, tours, and the mobile MAM Art Truck. MAM exhibitions and programs serve a wide public of all ages, from families and seniors to artists, educators, and scholars.

All MAM programs are made possible, in part, by funds from the New Jersey State Council on the Arts, a Partner Agency of the National Endowment for the Arts, The Vance Wall Foundation, Partners for Health Foundation, the Geraldine R. Dodge Foundation, and Museum members.