“The textiles presented in this exhibition are creations of weavers who wove for themselves—they are vibrant and unrestrained in both color and design.”

Change has always been a hallmark of Navajo (Diné) textile design, with weavers’ individualism a running thread. With Diné perspectives and the technical mastery of weavers at the heart of Color Riot!, this exhibition — featuring 70 bold artworks from 1860–1930 and the present — celebrates the courage and vision to experiment.

The exhibition at Montclair Art Museum leads with works from nine highly regarded contemporary weavers, including well-established artists such as D.Y. Begay and Marilou Schultz as well as those of a newer generation, including Melissa Cody and Venancio Francis Aragon. A unique component of Montclair Art Museum’s installation features reflections on weaving by Diné artists and culture-bearers such as Eric-Paul Riege and TahNibaa Naataanii, along with tools and materials from the Montclair Art Museum collection and immersive music by Connor Chee (Diné).

The historical textiles are rooted in the experiences of Navajo people between 1863 and 1868, when the United States government forcibly marched more than 10,000 Navajo to Bosque Redondo, an internment camp at Fort Sumner, New Mexico. In 1868, the survivors signed a treaty as a sovereign nation and returned home to a reservation.

During and after this time, Navajo weavers incorporated stylistic features from Hispanic textiles, bright aniline dyes, and wool yarns mass-produced in the Philadelphia neighborhood of Germantown. With older trading networks disrupted, weavers had unprecedented freedom to experiment and turned to new sources of inspiration. It was only after the 1890s that non-Native traders in the Southwest developed design constraints to appeal to rug buyers’ tastes. The vivid expressions of ingenuity and autonomy made in the decades after Bosque Redondo and at present testify to the resilience of Navajo communities and the innovation possible in this medium. 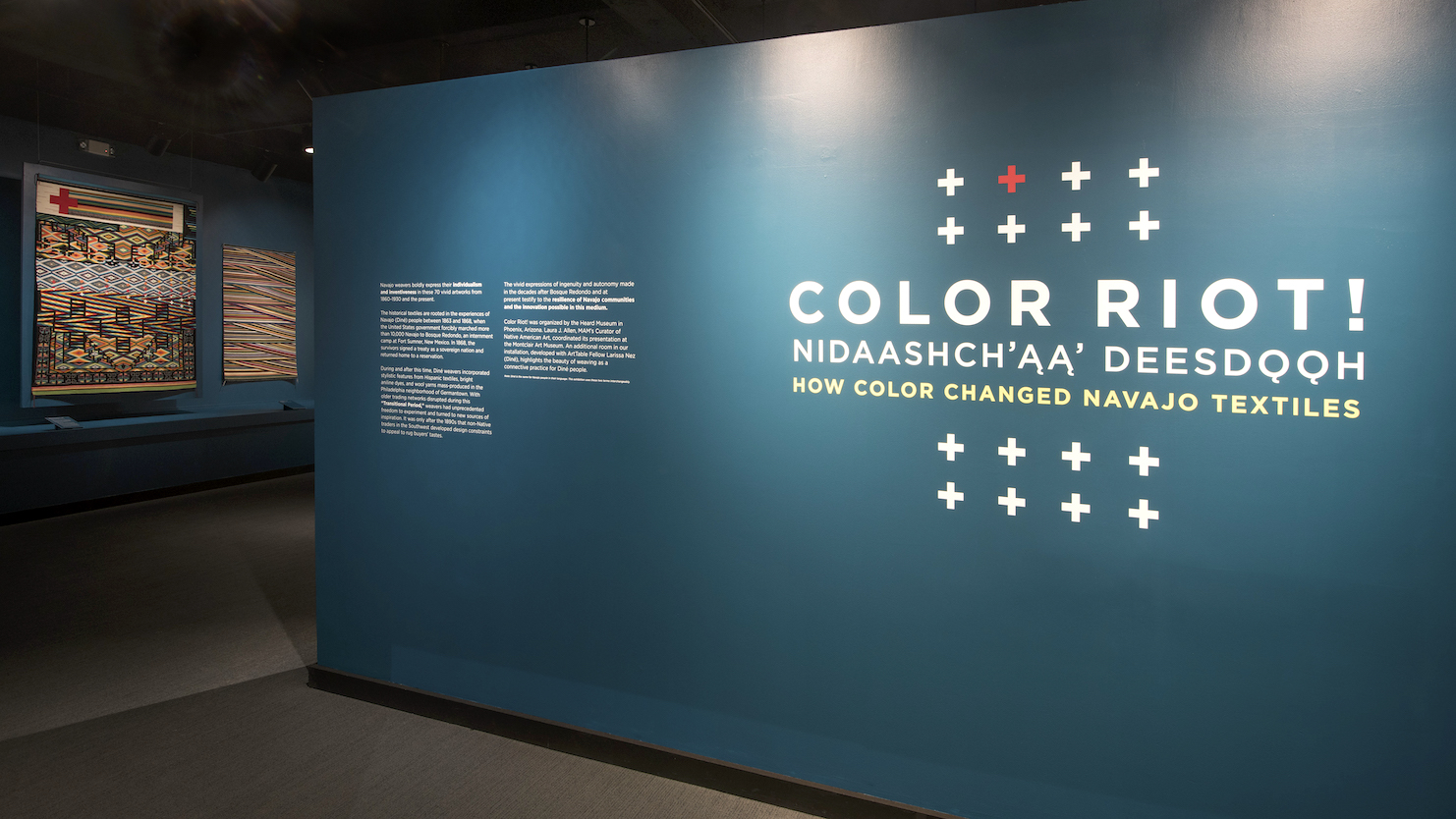 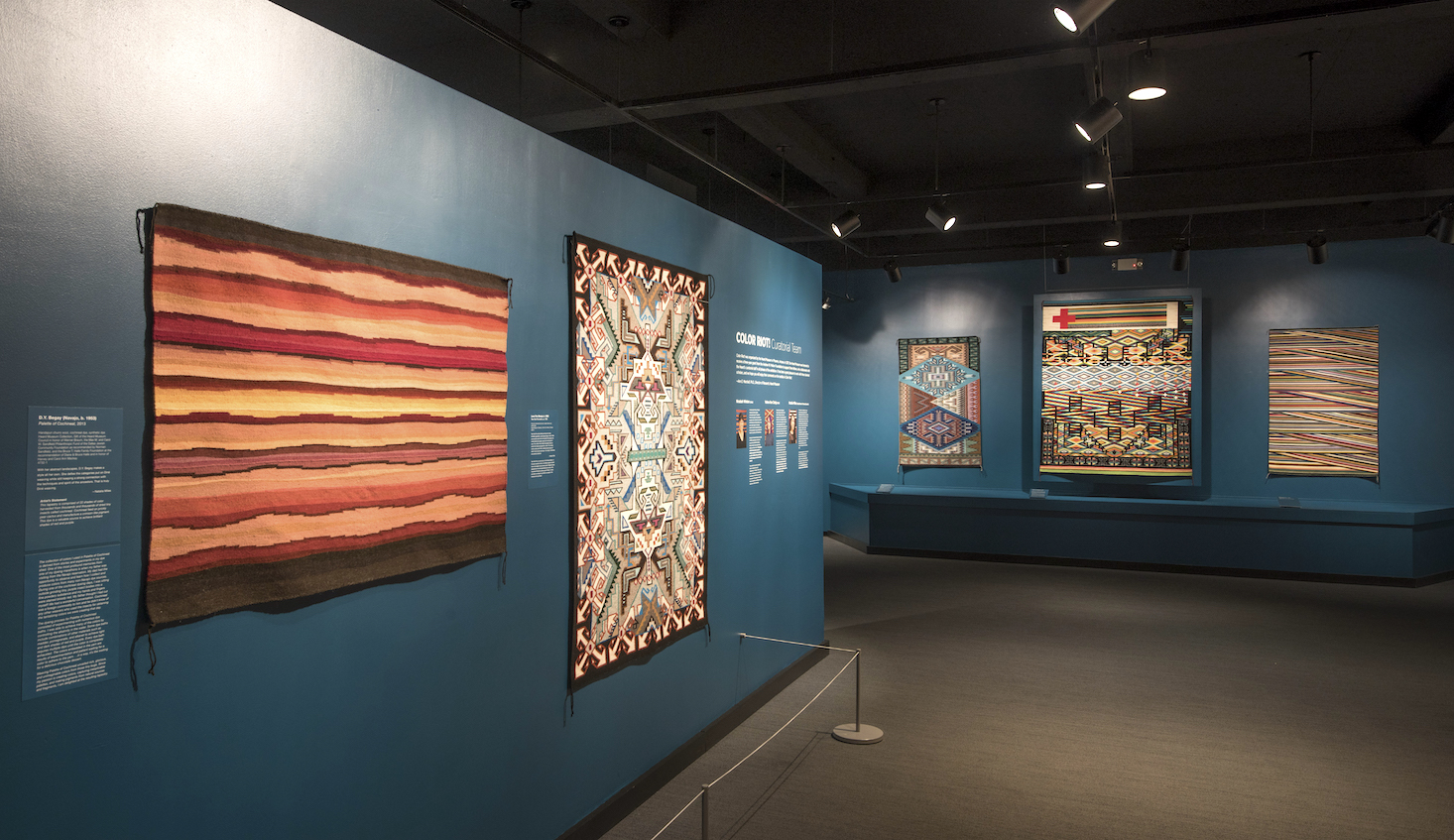 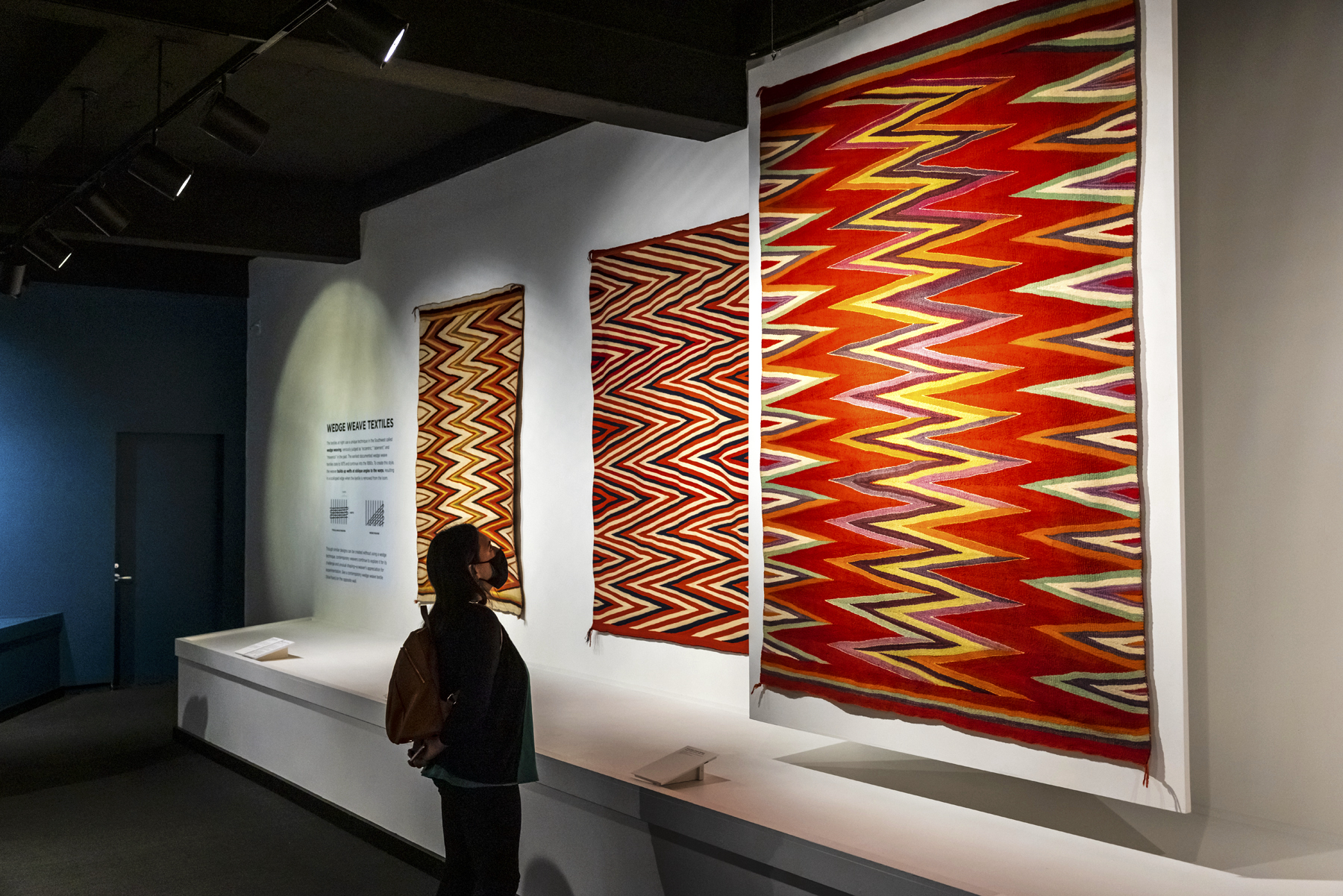 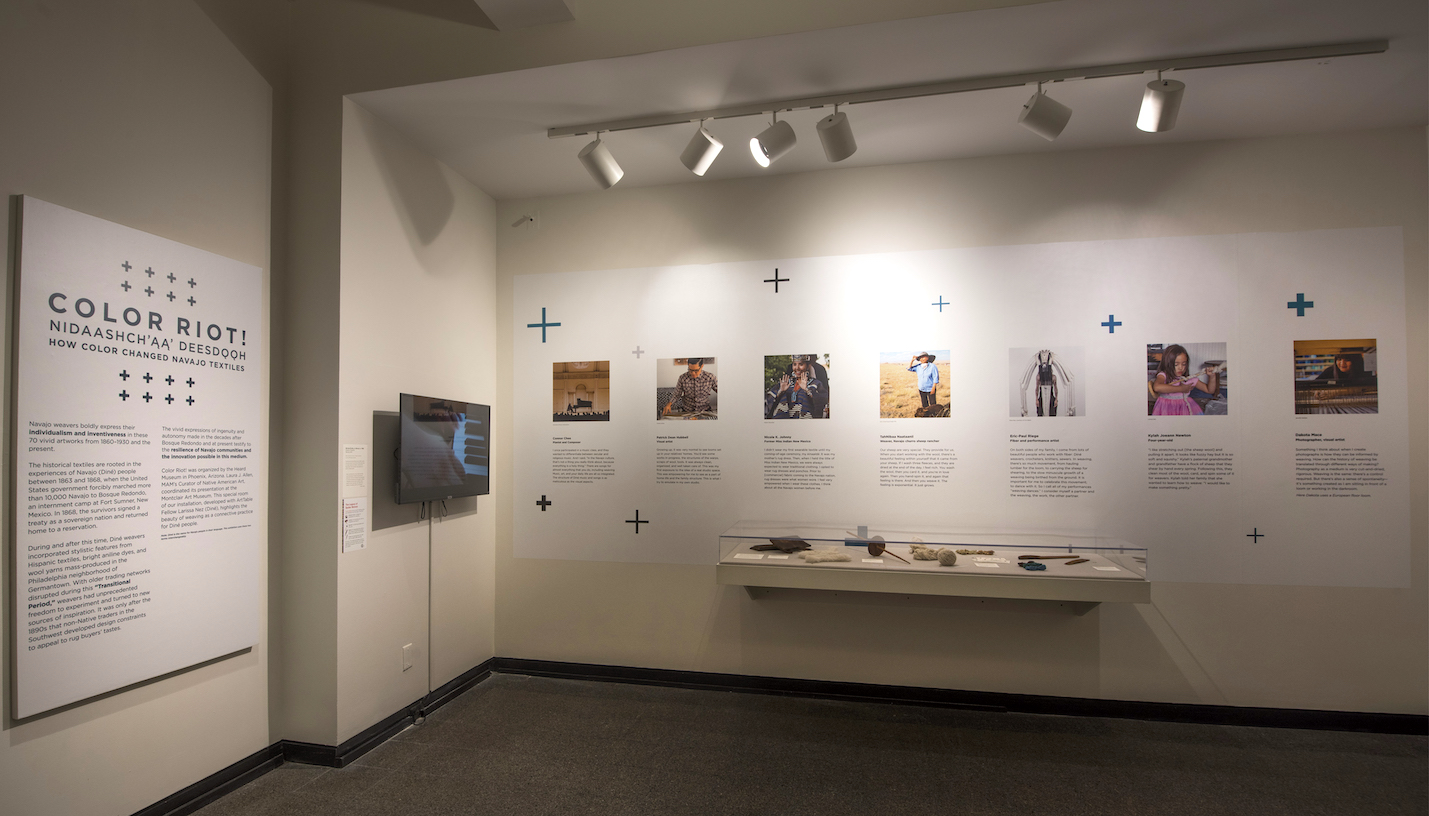 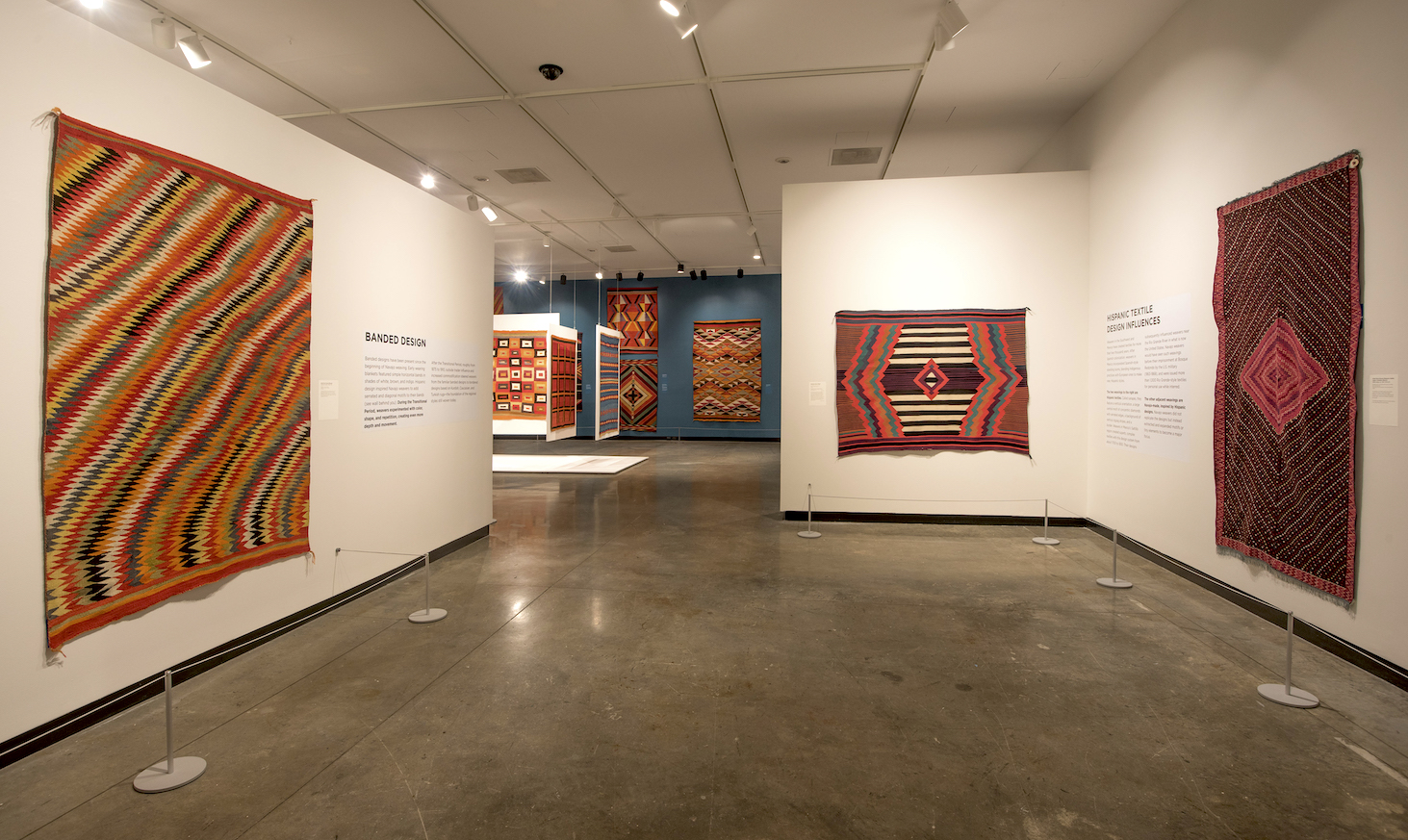 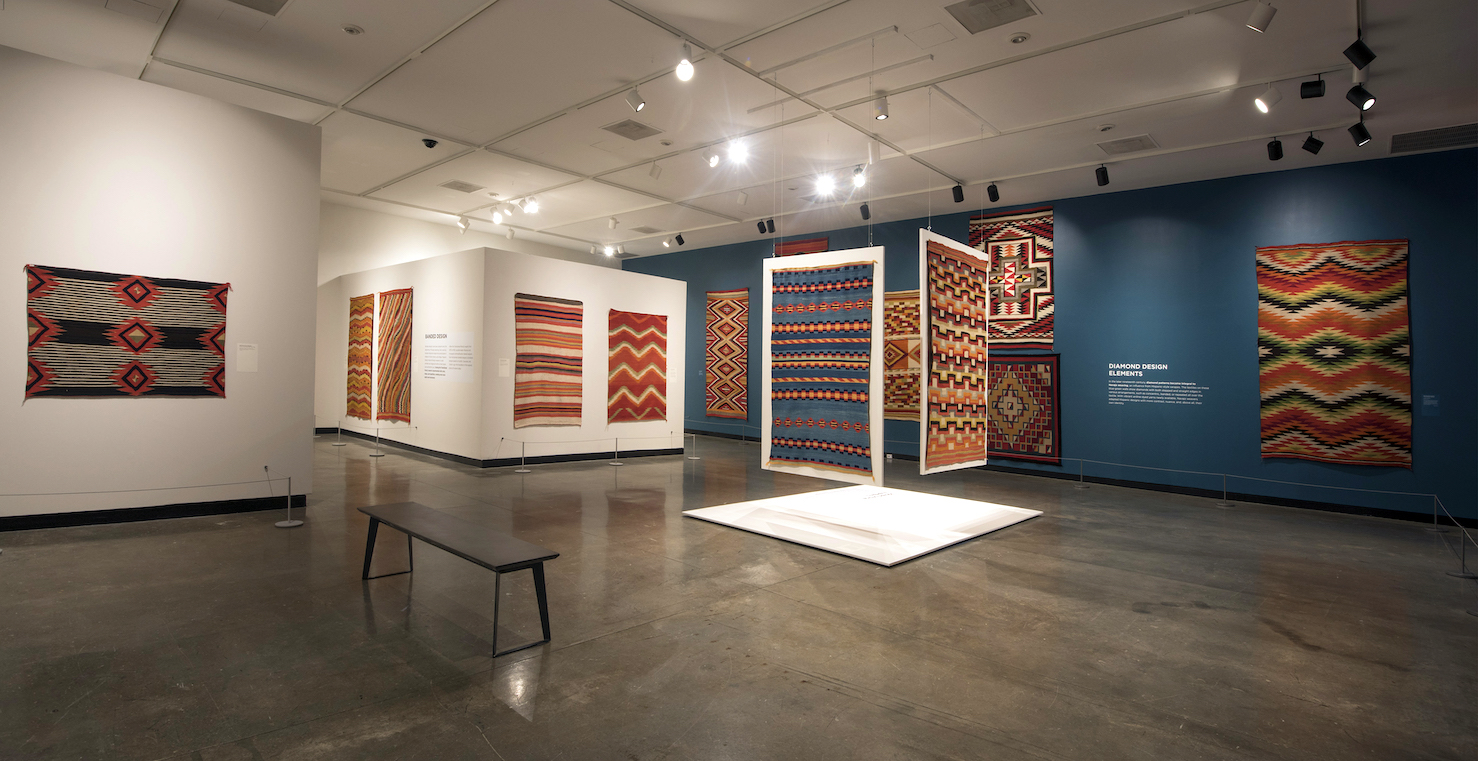 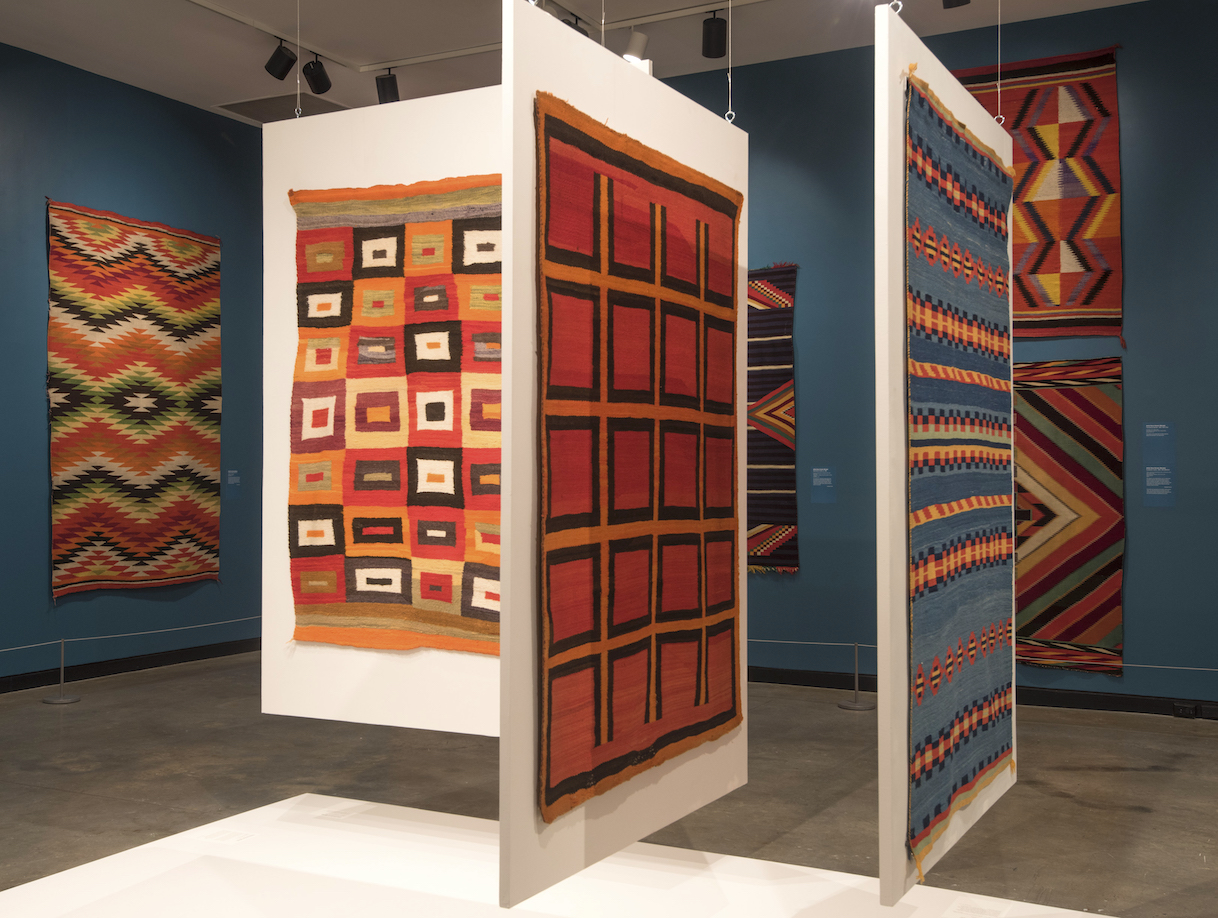 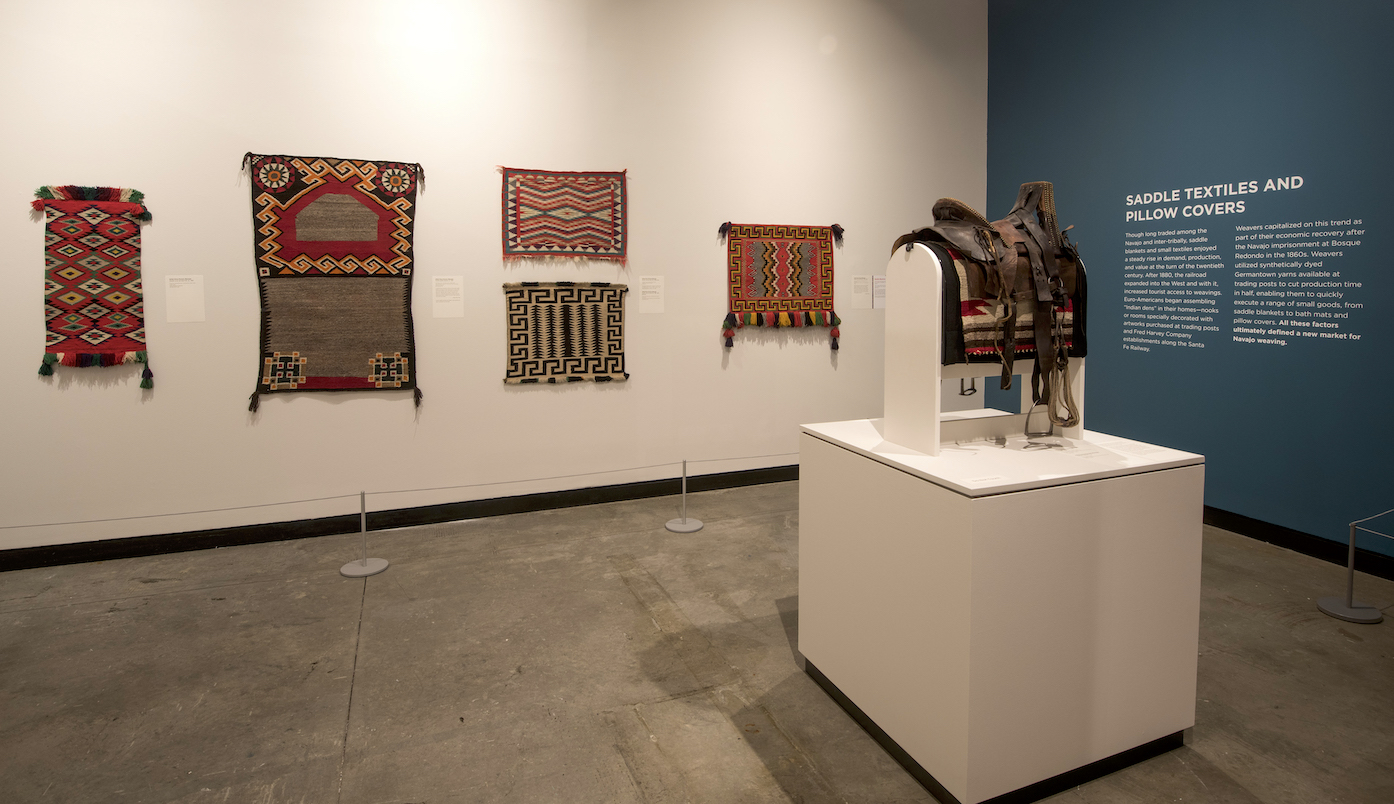 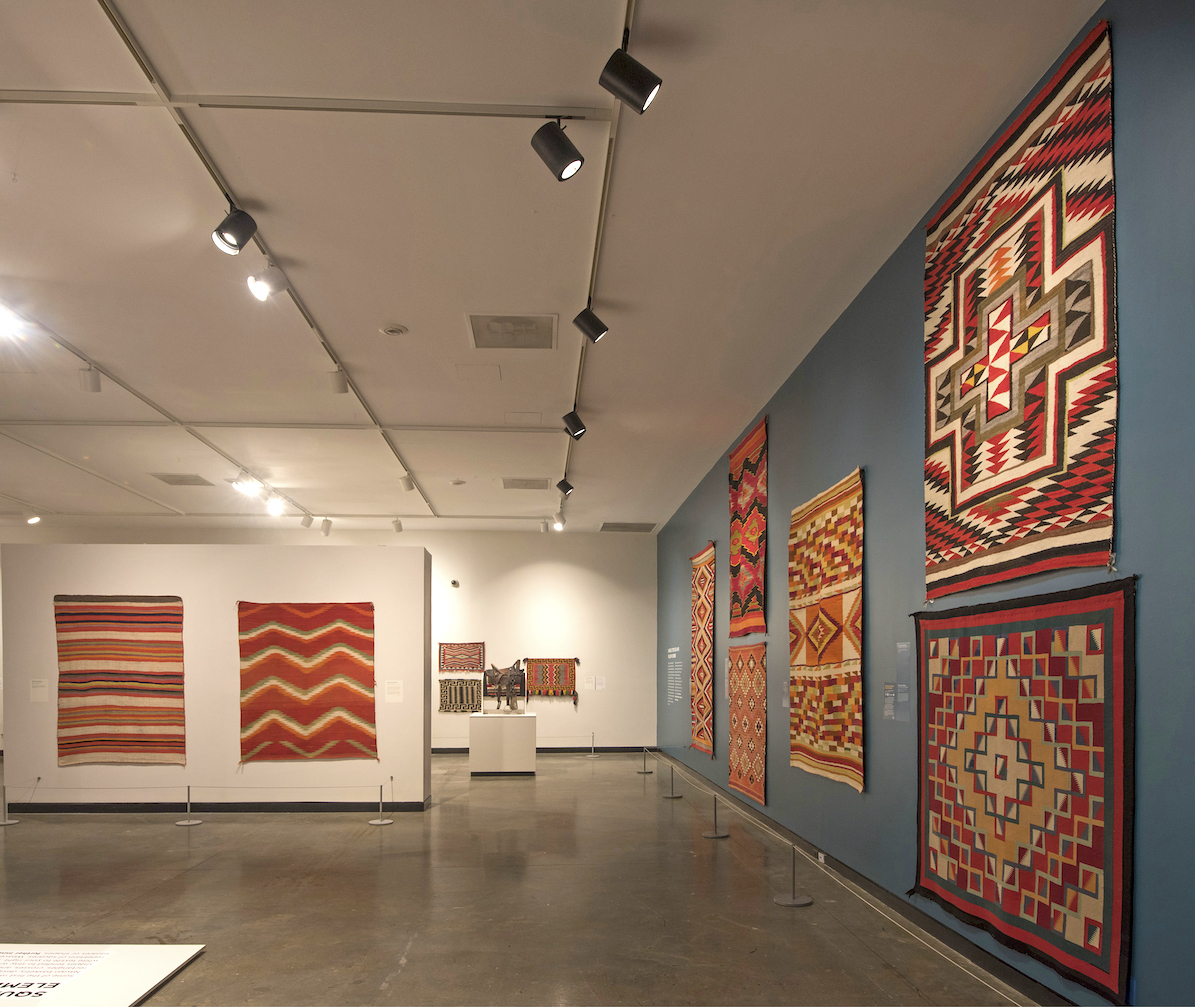 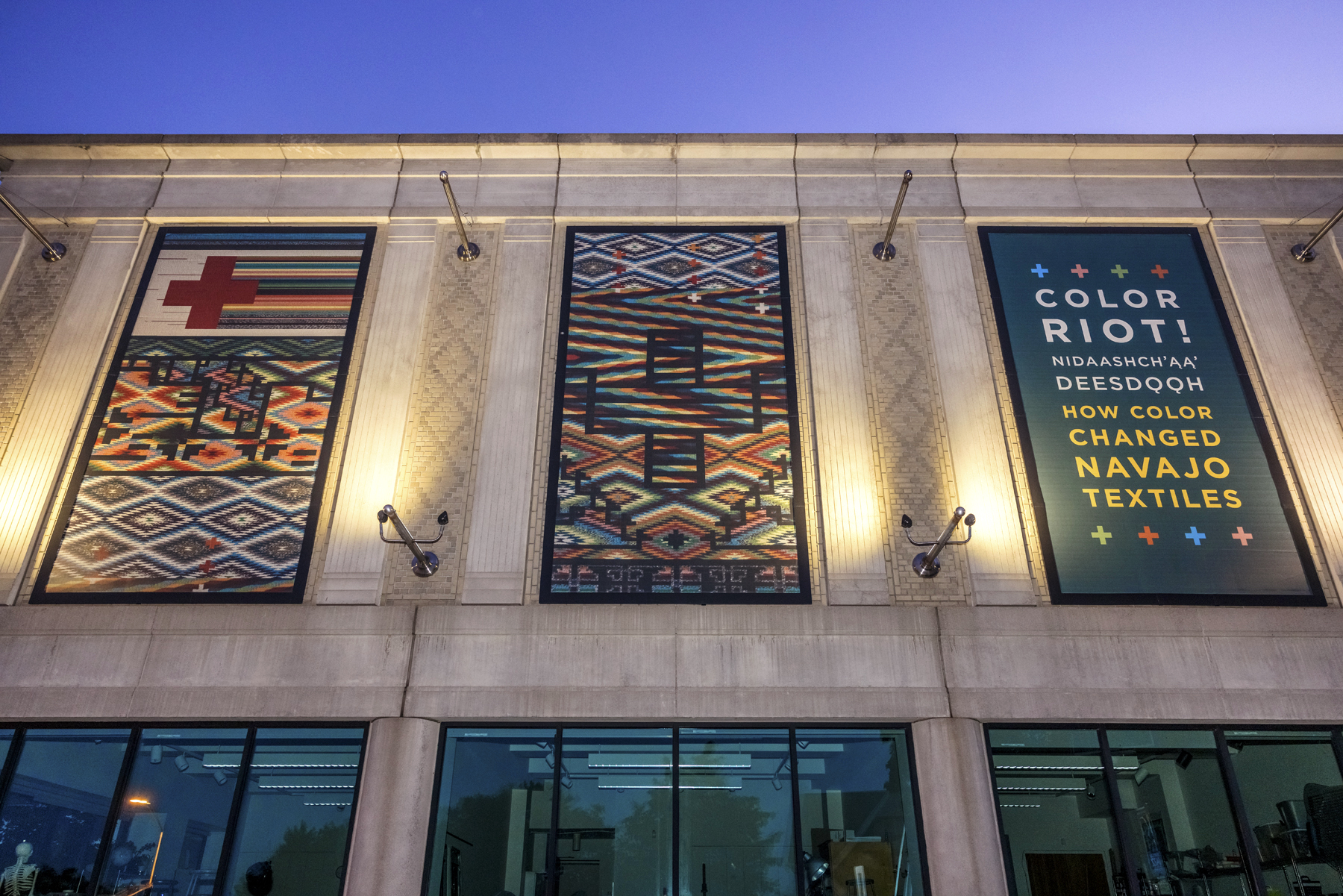 Christie's: Seven Exhibitions to Visit Around New York over the 2021 Holidays

Color Riot! How Color Changed Navajo Textiles is made possible with major support provided by the Kemper and Ethel Marley Foundation, sustaining support from patrons of the Heard Museum Grand Gallery Exhibition Fund, and additional support by the Arizona Commission on the Arts and the Phoenix Office of Arts and Culture. 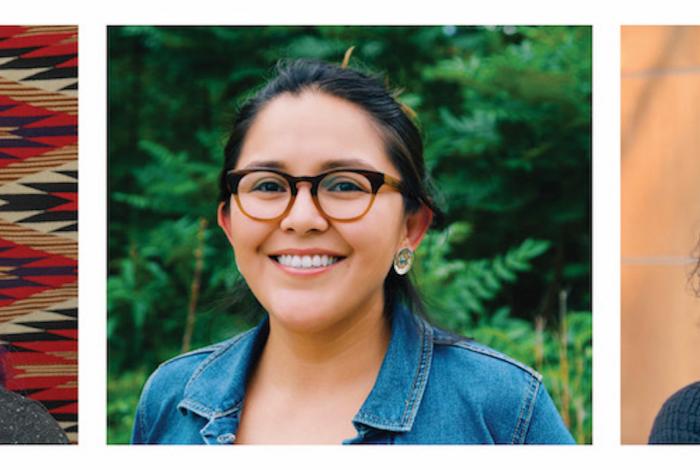