Jim Dine (b. 1935) is an American artist who emerged during the late 1950s as an innovator for artworks that focus on objects from daily life. Employing recognizable motifs, including tools, clothing, and stylized hearts, Dine produces an array of colorful paintings, collages, prints, and sculptures. His works draw inspiration from popular culture and commercial imagery, transforming ordinary items into extraordinary works of fine art.

In Dine’s Borrowing Animals (1970), the artist adheres a bright red, dripping heart to a black and white background composed of text, cartoon figures, and illustrated objects. Amongst the scattered graphics are the familiar icons typical of Dine’s oeuvre. These icons include tools – a hammer, a pair old scissors, a screwdriver, an axe, and pliers – that are of personal significance to him. As a teenager, Dine worked in his grandfather’s hardware store in Cincinnati, Ohio, where he was surrounded by workmen and their equipment. As a result, the tools Dine incorporates into his art become a form of autobiography. These autobiographical visuals are common in Dine’s art, where everyday objects acquire personal significance.

By taking recognizable items and incorporating them into his art, Dine showcases the importance these objects hold. It is a power that stems from their prominent place within our daily lives. Like Dine and his connection to tools, we all have items in our lives that prompt specific memories or emotions.

This work is currently on view in Lehman Court as part of Transformed: Objects Reimagined by American Artists. 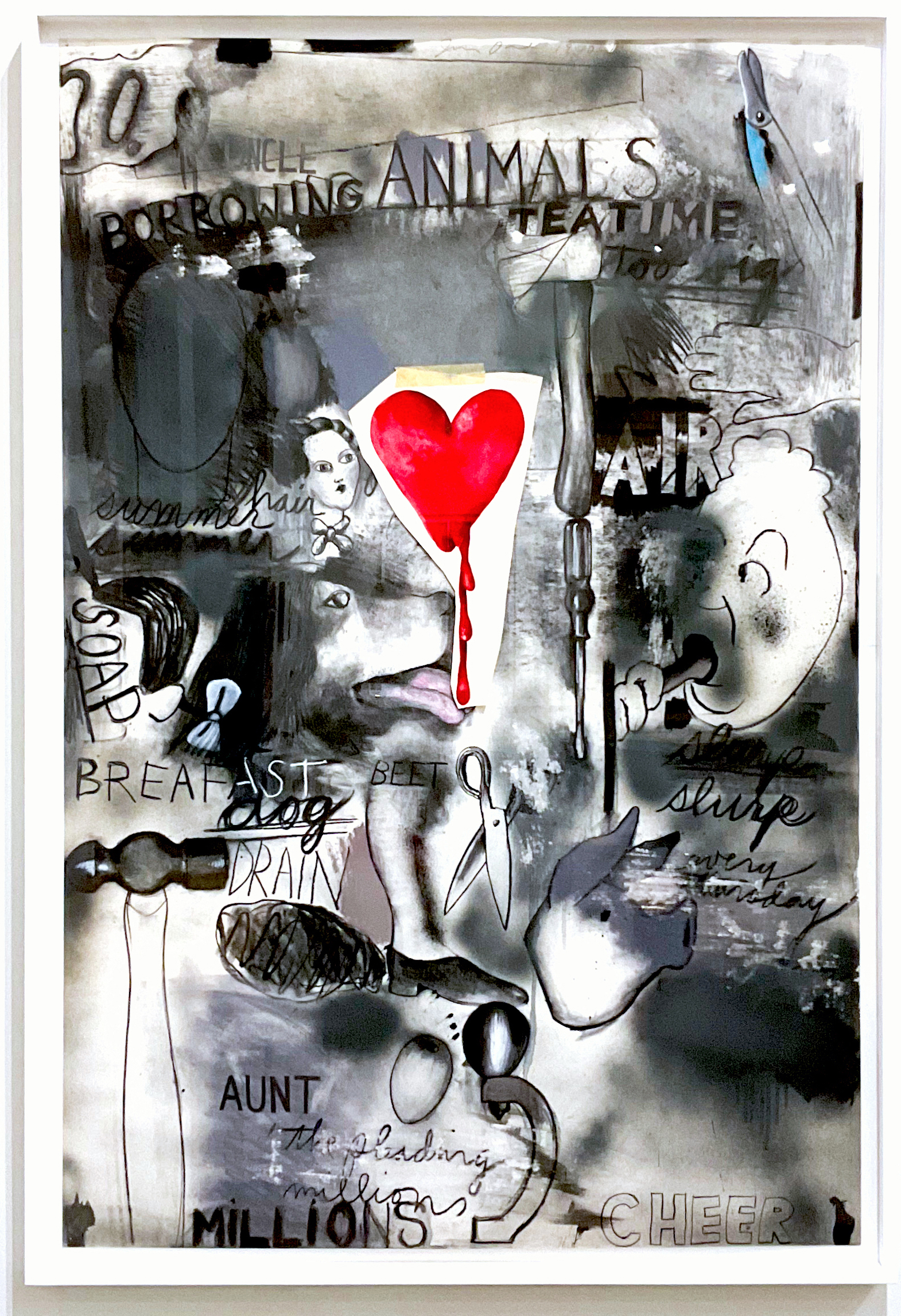