Skip to main content
Title
Crown for the Victor

This statue by William Couper was given to the Montclair Art Museum by one of its co-founders, Florence Rand Lang. Originally from Virginia, Couper lived in Florence from 1875 until 1897, when he returned to New York City. With Thomas Ball (1819—1911), Couper purchased a three-story brick building at 207 East 17th Street in Manhattan, which they turned into a working sculpture studio (NY Times, Dec. 14, 1897). Couper commuted to Manhattan to work but lived in Montclair, which he called a “half-country and half-city place.”

In this studio, Couper sculpted the white marble allegorical figures of Classical Greek and Roman motifs for which he had become known. In 1896, Couper created a sculpture of “Flora,” the Greek goddess of spring, for the Apollinaris Company headquarters in Chicago (NY Times, June 14, 1893). With Crown for the Victor (Beauty’s Wreath for Valor’s Brow) at MAM, Couper perfected his neo-classical style by crafting an ornate Greek maiden weaving a crown of olive branches for an Olympic victor. Completed during Couper’s last year in Florence, the sculpture was clearly inspired by the Italian setting that was his home for many years.

The Florentine art critics, who were disappointed that Couper took Crown for the Victor to the United States, described her as “oblivious of all but her inspiring task,” including her falling gown, “revealing a neck, bust, and arms of exquisite shape and proportion.” Such musings were common in the 19th century when sculptures of half-nude women were still the height of artistic achievement. As Joy S. Kasson has written in her work on sculptor Hiram Powers (1805-1873), the response to these semi-nude sculptures reveals the wider cultural construction surrounding gender and femininity, which were rapidly changing in the 1890s.

Neil Baldwin, “Greek Temple of the Golden Age: The Montclair Art Museum Begins,” in The Past as Prologue, 1997.

This work is currently on view in the Rotunda Gallery. 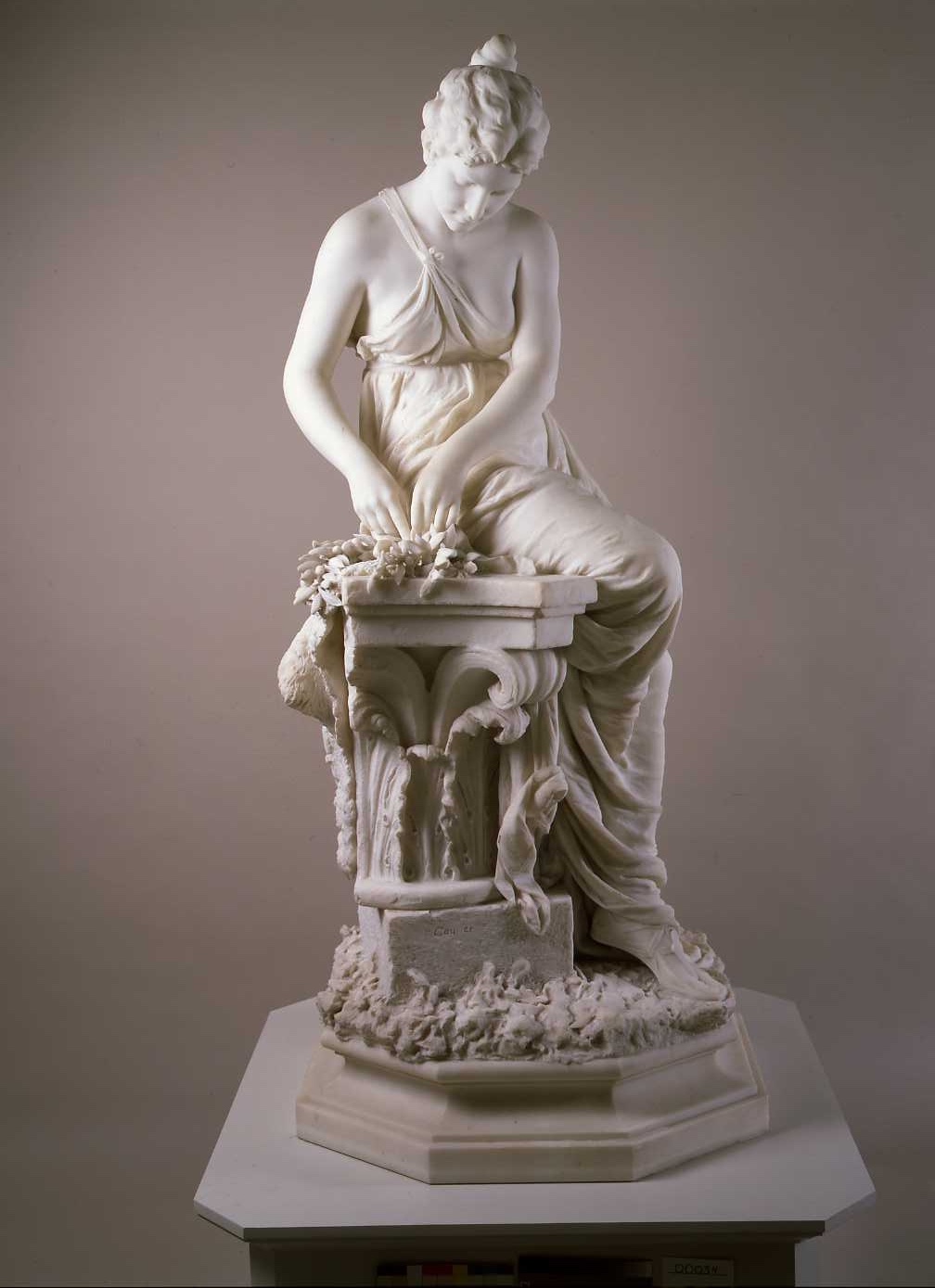 Title: Crown for the Victor (Beauty’s Wreath for Valor’s Brow)