The future of Native art has arrived at MAM!

Inspired by the 1680 Pueblo Revolt around Santa Fe, New Mexico, renowned artist Virgil Ortiz creates artwork that makes past and future come alive. Many Native people consider the uprising in 1680 to be the first American Revolution. The Pueblo Revolt took place over 300 years ago when Pueblo Indians living around Santa Fe, New Mexico, rose up and drove their Spanish oppressors away after enduring 100 years of cruel colonialism.

The Pueblo Indians fought to defeat physical oppression, forced religious conversion, and loss of land and crops. Ortiz sees the event as an early fight for freedom and equality that still challenges minorities today and draws inspiration to blend past and future in contemporary art form.

Combining his life-long passion for science fiction with work that still honors the Pueblo people’s traditional artform methods, Ortiz’s pottery figurines become integral players in his futuristic stories. His narrative transports visitors back more than 300 years to the 1680 Pueblo Revolt and then speeds forward through time to the year 2180. Ortiz introduces superhero characters such as the Venutian Soldiers, Tahu and her army of Blind Archers, and Aeronauts, who all help the historical leaders of the 1680 Pueblo Revolt fight once again against the Castilian army. They are depicted in Ortiz’s mural in the Laurie Art Stairway marching along while wearing oxygen tanks and gas masks in order to stay alive and find survivors.

Odyssey of the Venutian Soldiers
Image 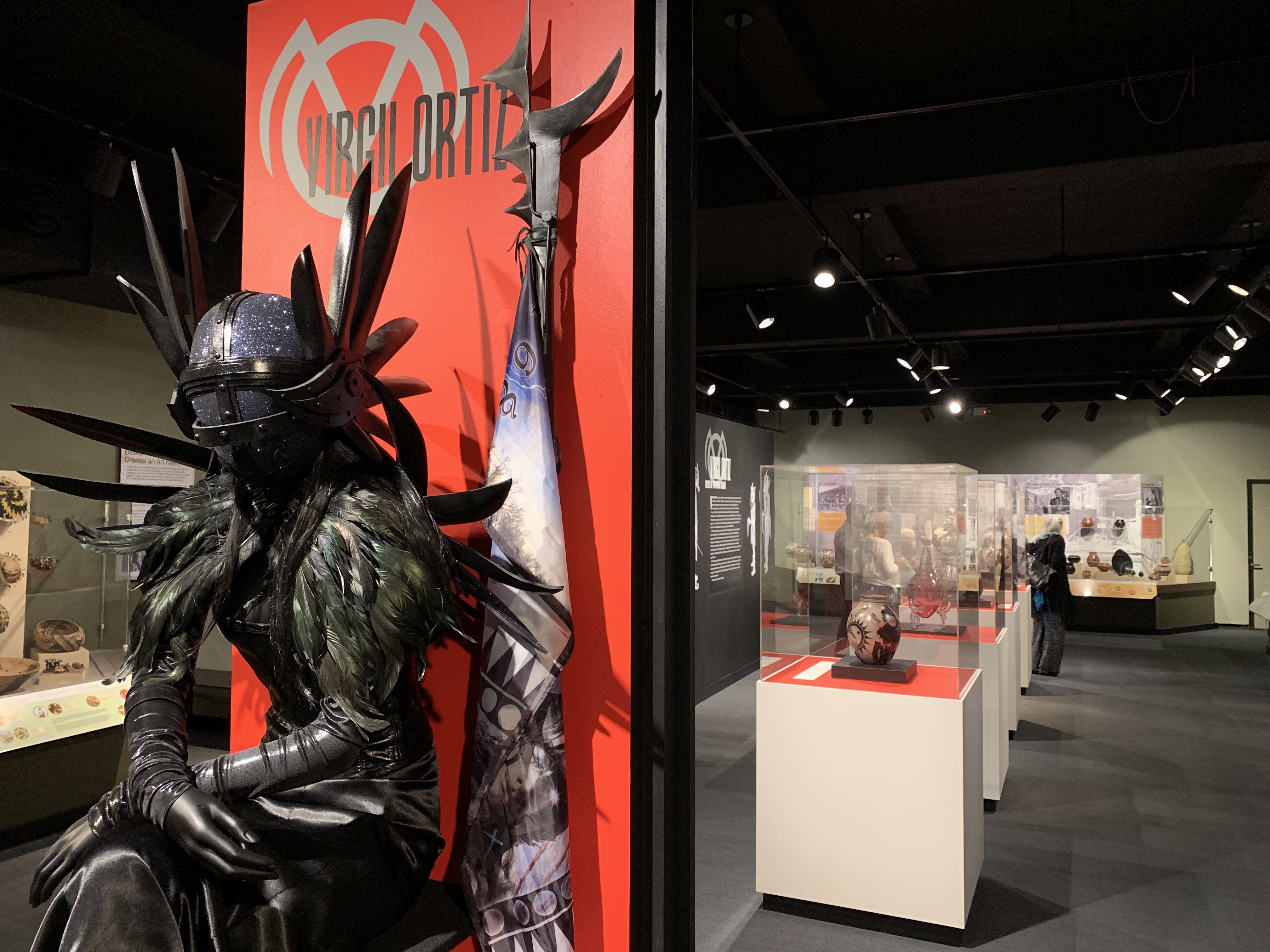 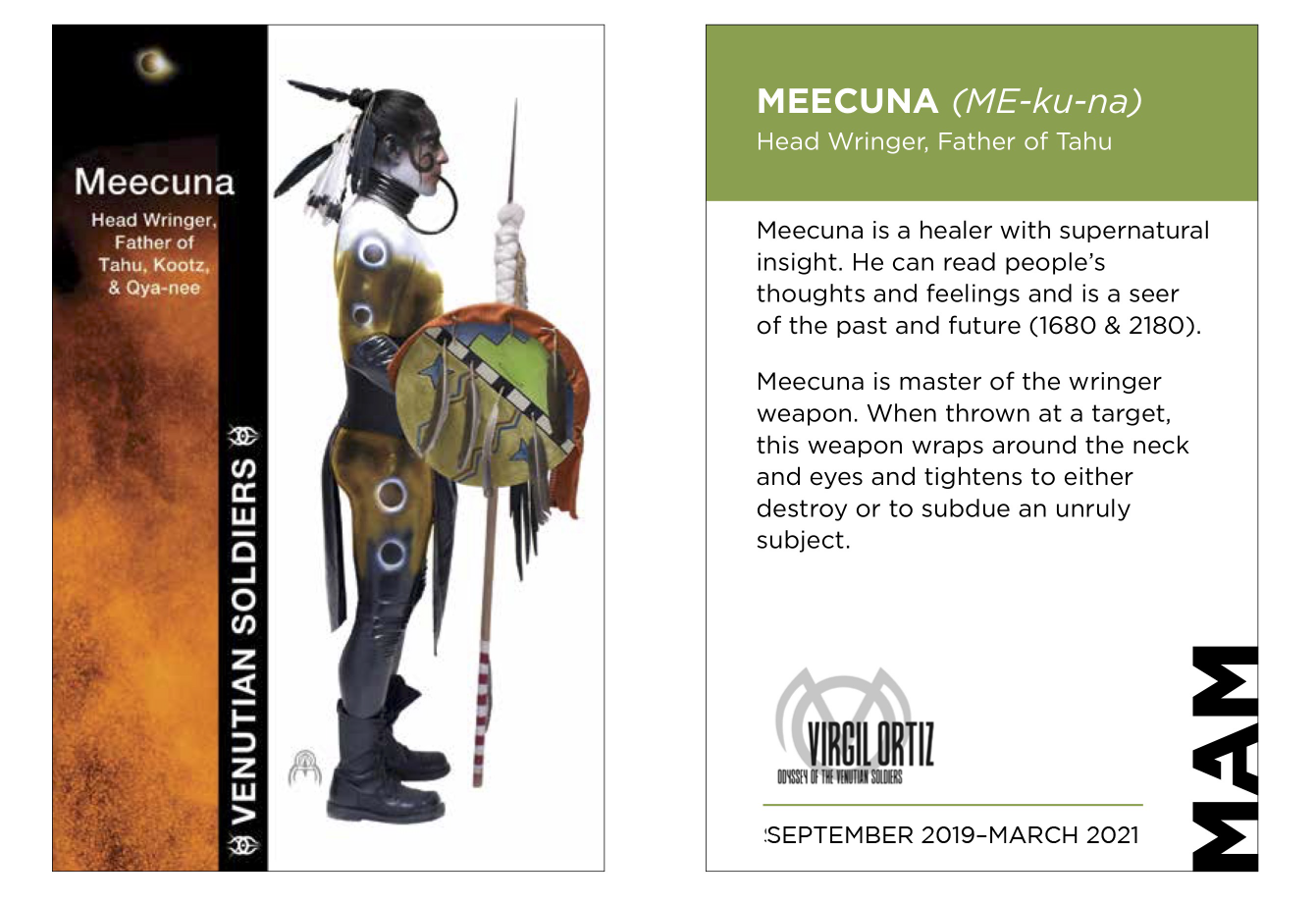 For more information about this exhibition, email [email protected]

To schedule a tour, email [email protected] or submit a tour request form for schools or adults.