MAM Conversations presented by the Babson Lecture Series give you the unique opportunity to virtually engage with diverse contemporary artists, see their studio spaces, and learn more about their work all from the comfort of your home. Closed captioning is provided.

After registration, you should receive a confirmation email containing the link to access the event online. MAM Conversations presented by the Babson Lecture Series will take place on Thursdays from June 11 through August 28 at 6 p.m. via Zoom Webinars.

Join MAM Conversations for a discussion with innovative photographer Duane Michals and Studio Manager Josiah Cuneo as moderator. Incorporating narrative sequences, integration of text, and multiple exposures, Michaels has been revolutionizing the field of photography since the 1960s. We’ll virtually visit Michals in his studio to talk about his wide body of work as well as new projects, including his recent video series The Corona Follies. Duane Michals is represented in MAM’s collection with the photograph Joseph Cornell (1972). 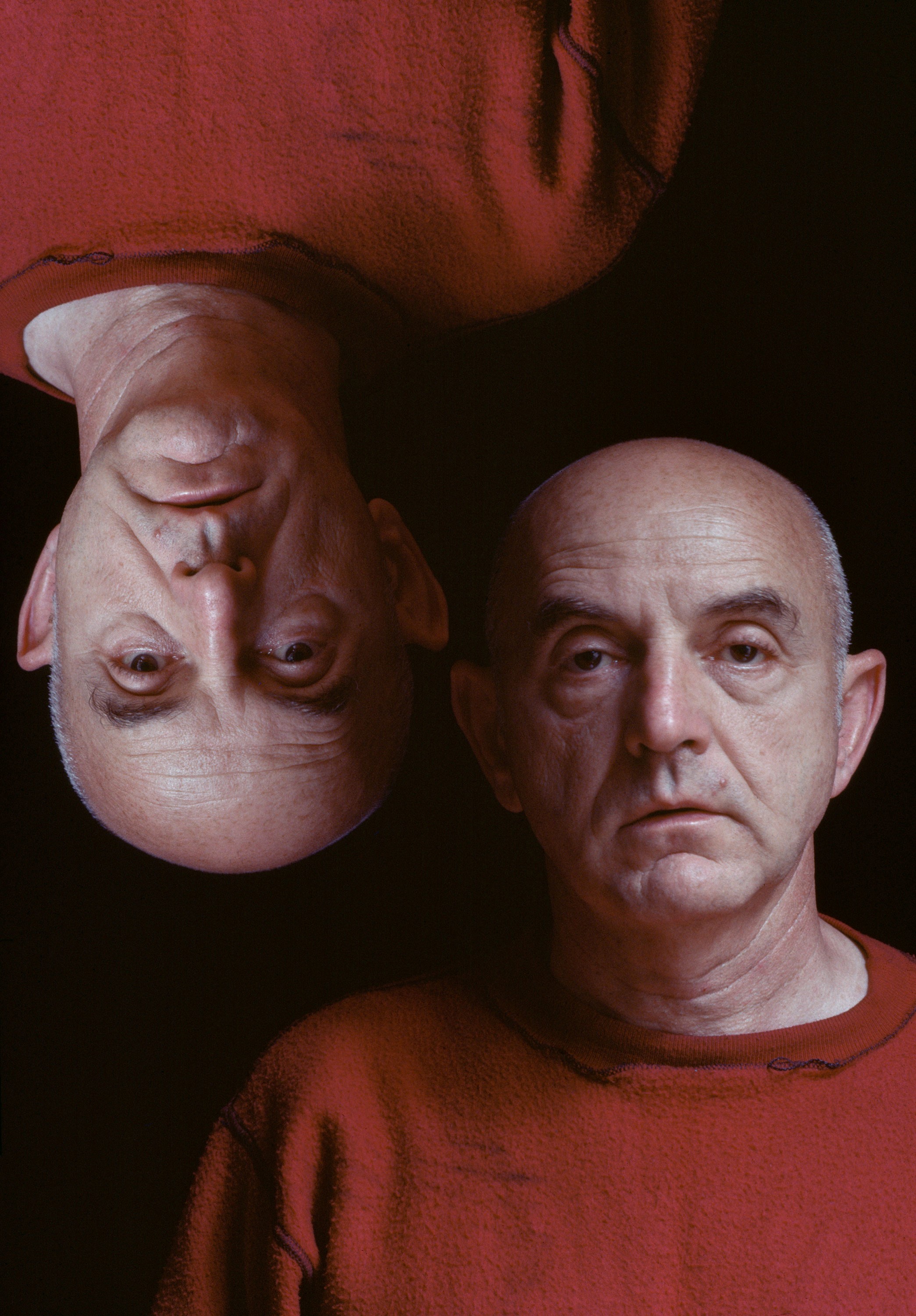 Join us for an evening in conversation with some of northern NJ’s most accomplished teen artists and national winners of the Scholastic Art Awards: Adem Gjonbalag, Diana Welch, Gabrielle Stoller, and Sarah Lorito. We will discuss their work, their inspirations, and how their creative process has been influenced by the pandemic. Executive Director of the Alliance for Young Artists and Writers, Christopher Wisniewski, will also join the panel. For almost 100 years, the Alliance has identified and recognized teenagers with exceptional artistic talent; this year marked MAM’s 11th as region affiliate for the Scholastic Art Awards.

FREE for members and nonmembers. 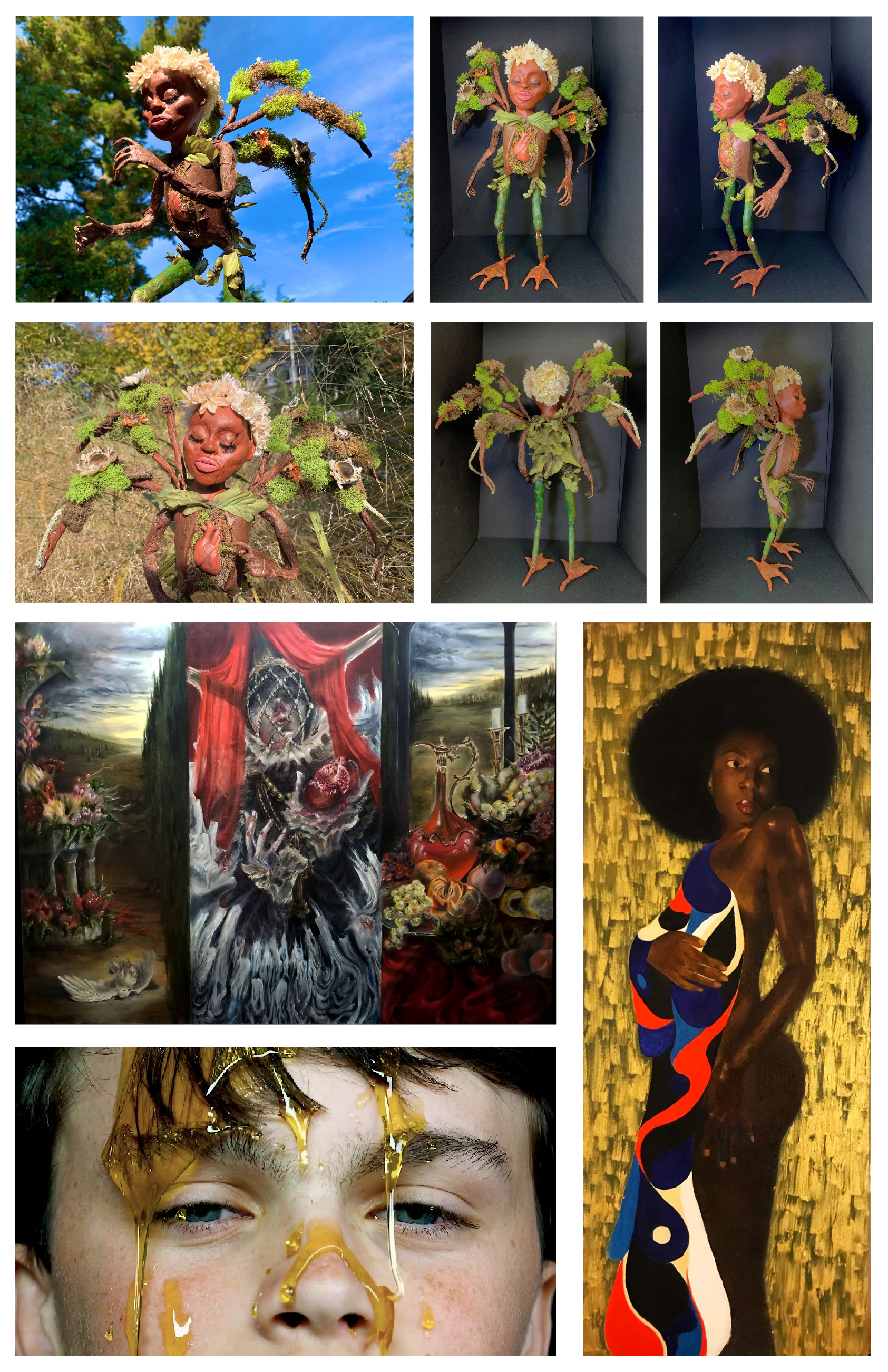 Multi-media artist, poet, performer, and activist Vanessa German sees art and love as powerful tools to unify communities and bring about change. She is the founder of Love Front Porch and the ARThouse, a community arts initiative, in her neighborhood of Homewood in Pittsburgh.  German is known for using found objects to create highly embellished sculptures known as Power Figures, recently on display in the lobby of 45 Rockefeller Plaza. These Power Figures deal with issues of injustice, violence, and identity.  Join us as we visit German in her studio to discuss her recent work, including the new mixed media assemblage Can I Love You Without Capitalism? How? (2019). Museum Art Committee member and collector Jonathan Simon will serve as moderator. 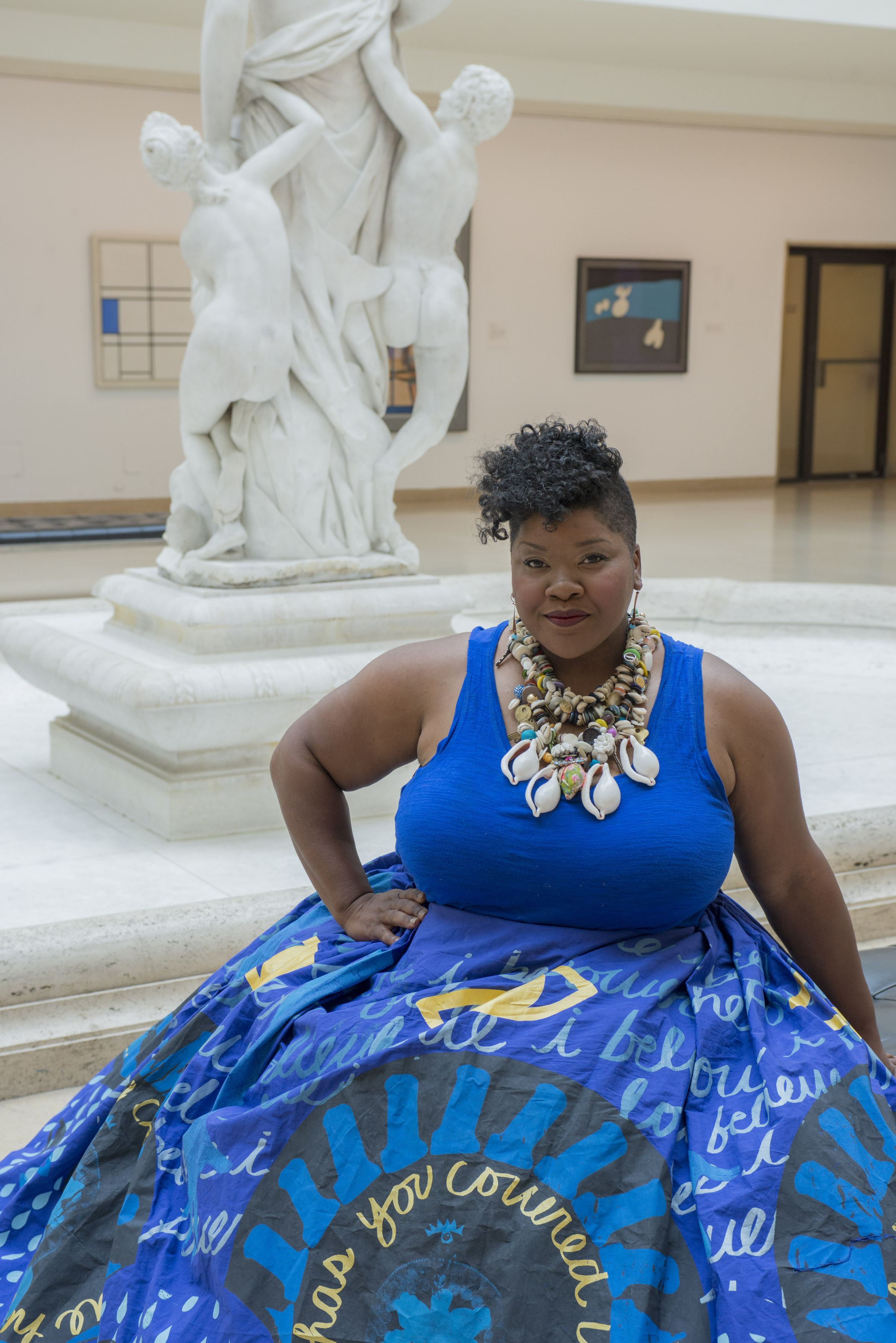 Become a member to attend MAM Conversations events for free!

This series is funded, in part, by a generous perpetual gift from the Julia Norton Babson Memorial Fund.
Recent artist speakers
Image 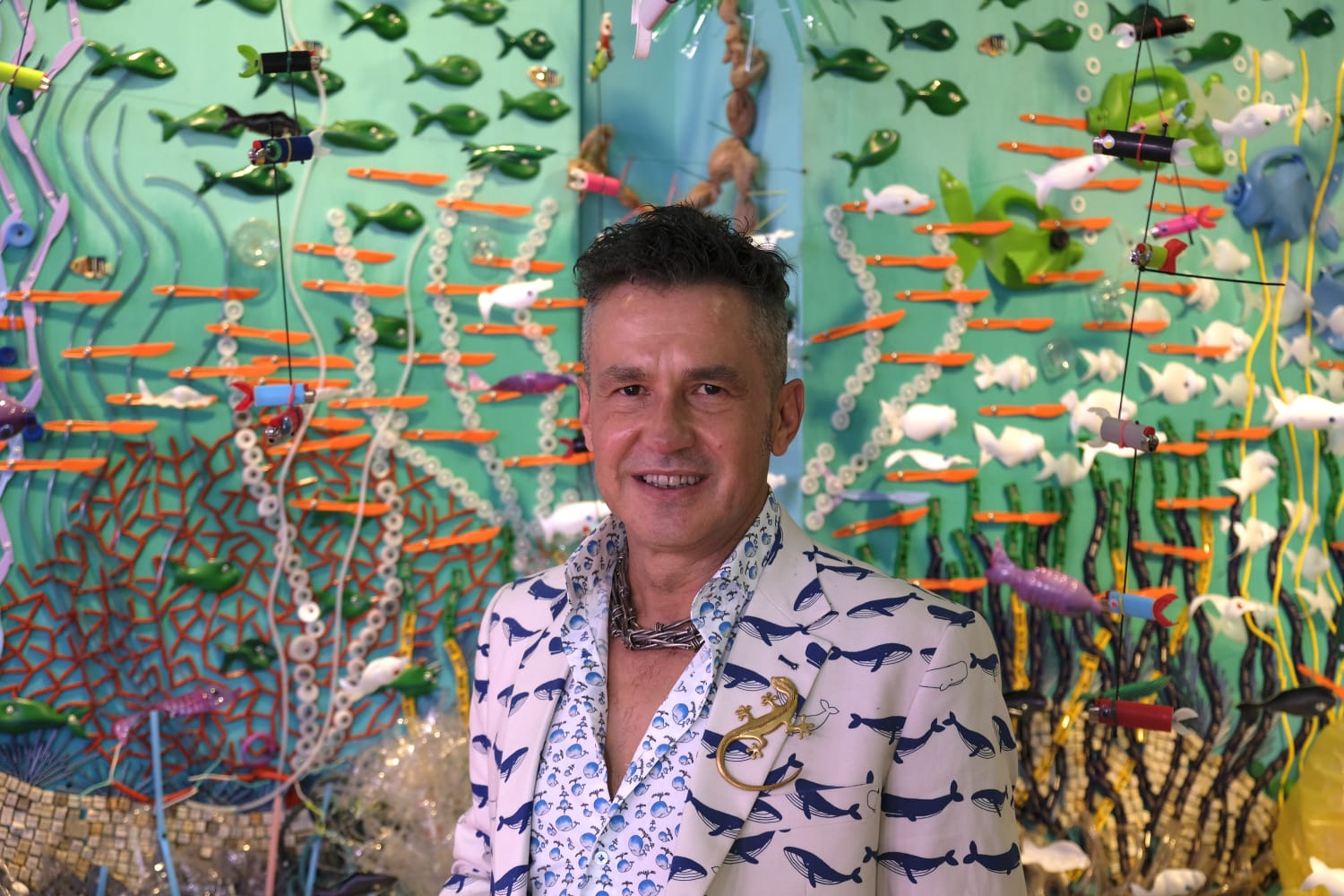 On June 11, 2020, the first evening of MAM Conversations featured Miami-based artist, Federico Uribe in conversation with Adam Adelson, Director of Adelson Galleries. Uribe invited us into his studio, showing us where he turns bullet shells, coat hangers, books, and other objects into magically life-like sculptures. We were among the first to see one of Uribe’s newest works, The Veteran, comprised of hundreds of medical instruments. 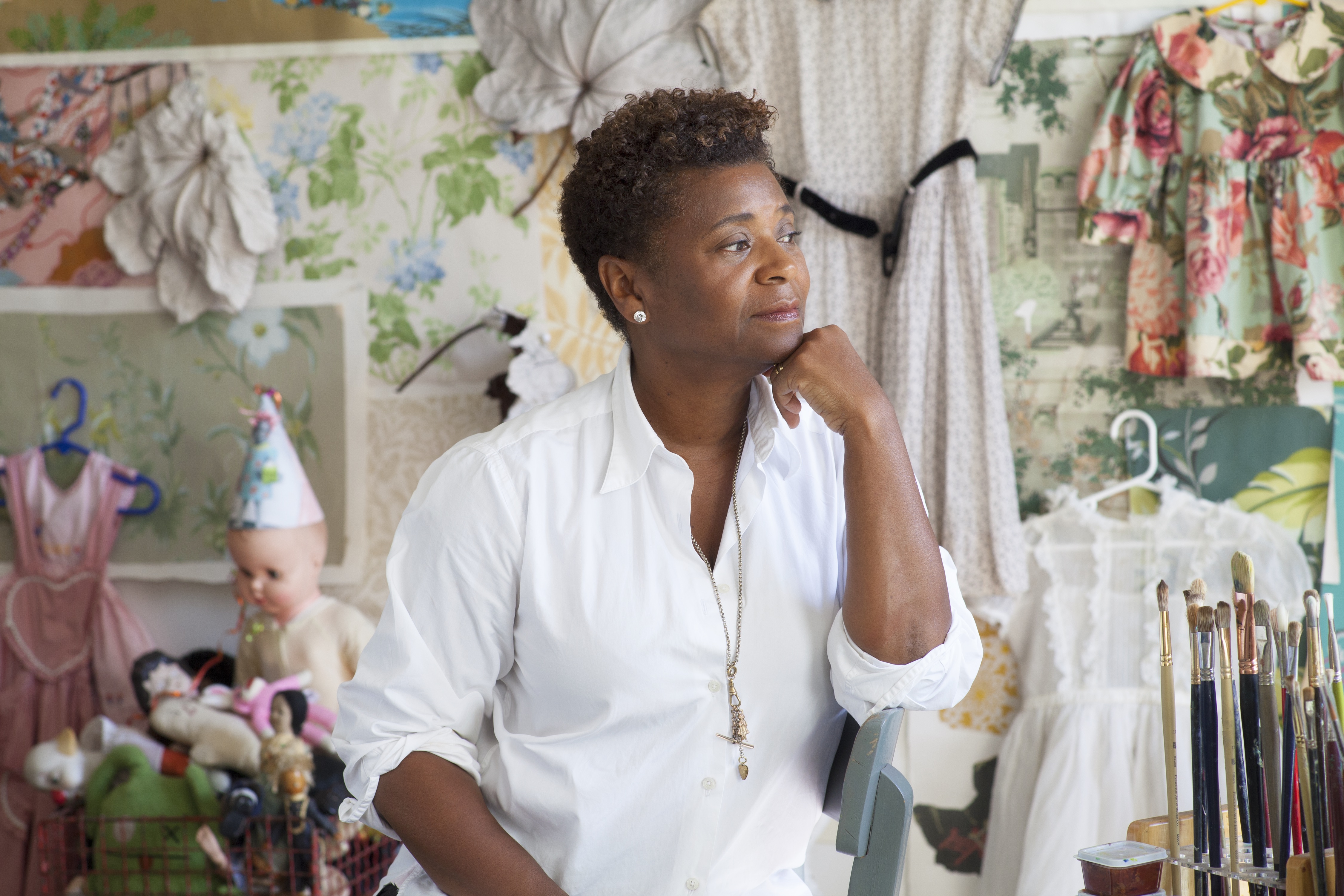 On June 18, 2020, we virtually visited Philemona Williamson in her studio, discovering her inspiration, motivation, and next works. Williamson’s colorful, enigmatic paintings explore moments of transition and ambiguous spaces. Suspended on large canvases, Williamson’s figures float between childhood and adulthood, and along the sliding spectrum of race and gender. 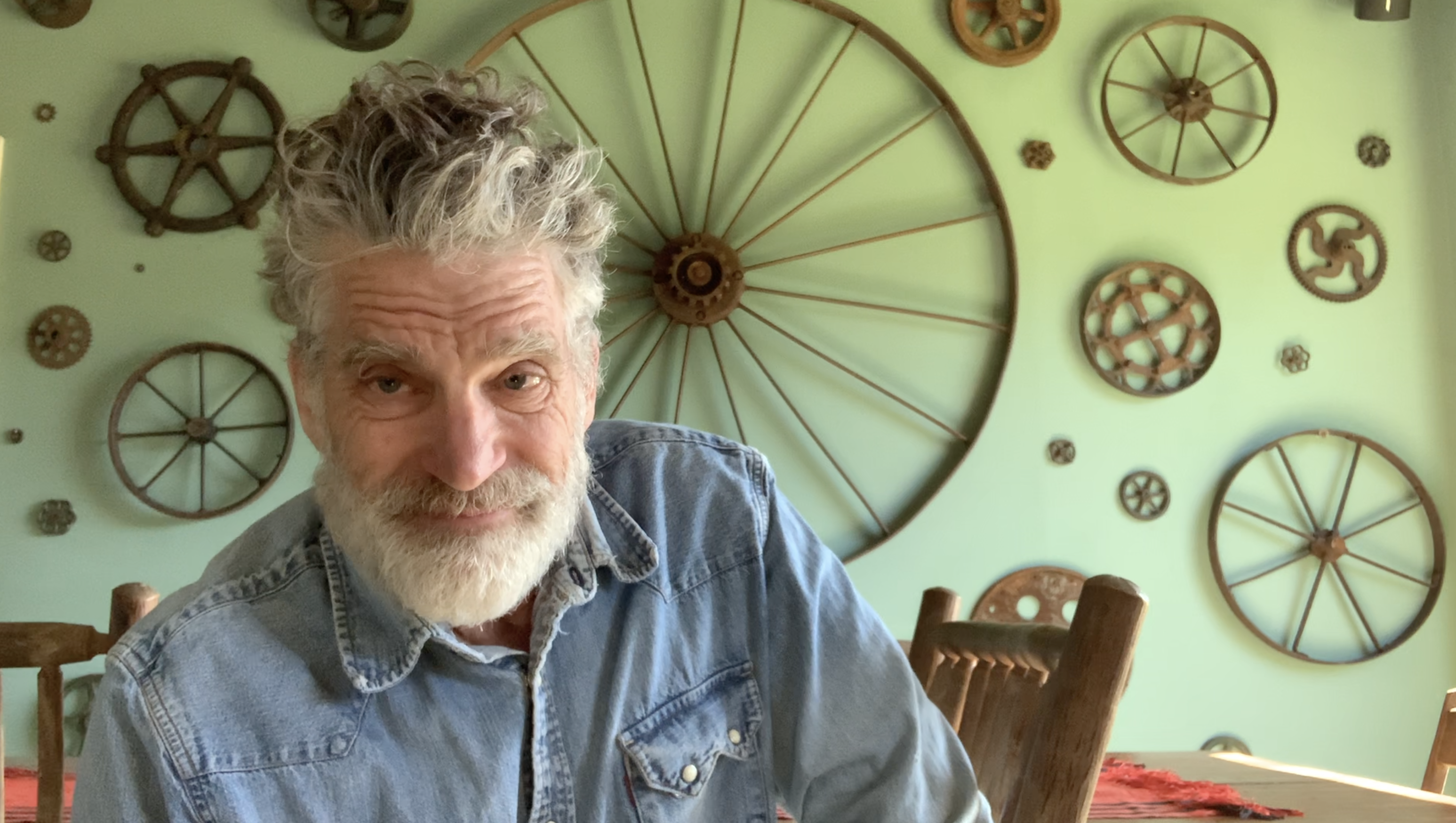 Tom Nussbaum’s sculpture Listen is one of the most recognizable works in MAM’s collection – and one you can still see if you take a socially-distanced stroll through the museum grounds. Nussbaum used fiberglass to create Listen and has recently experimented with welded steel and epoxy to create colorful, energetic 2D and 3D sculptures. On June 25, MAM Conversations virtually traveled to Nussbaum’s studio in East Orange and explored the new work he’s been creating over the past few months, as well as earlier works from his Home Sweet Home exhibition at MAM in 2003. 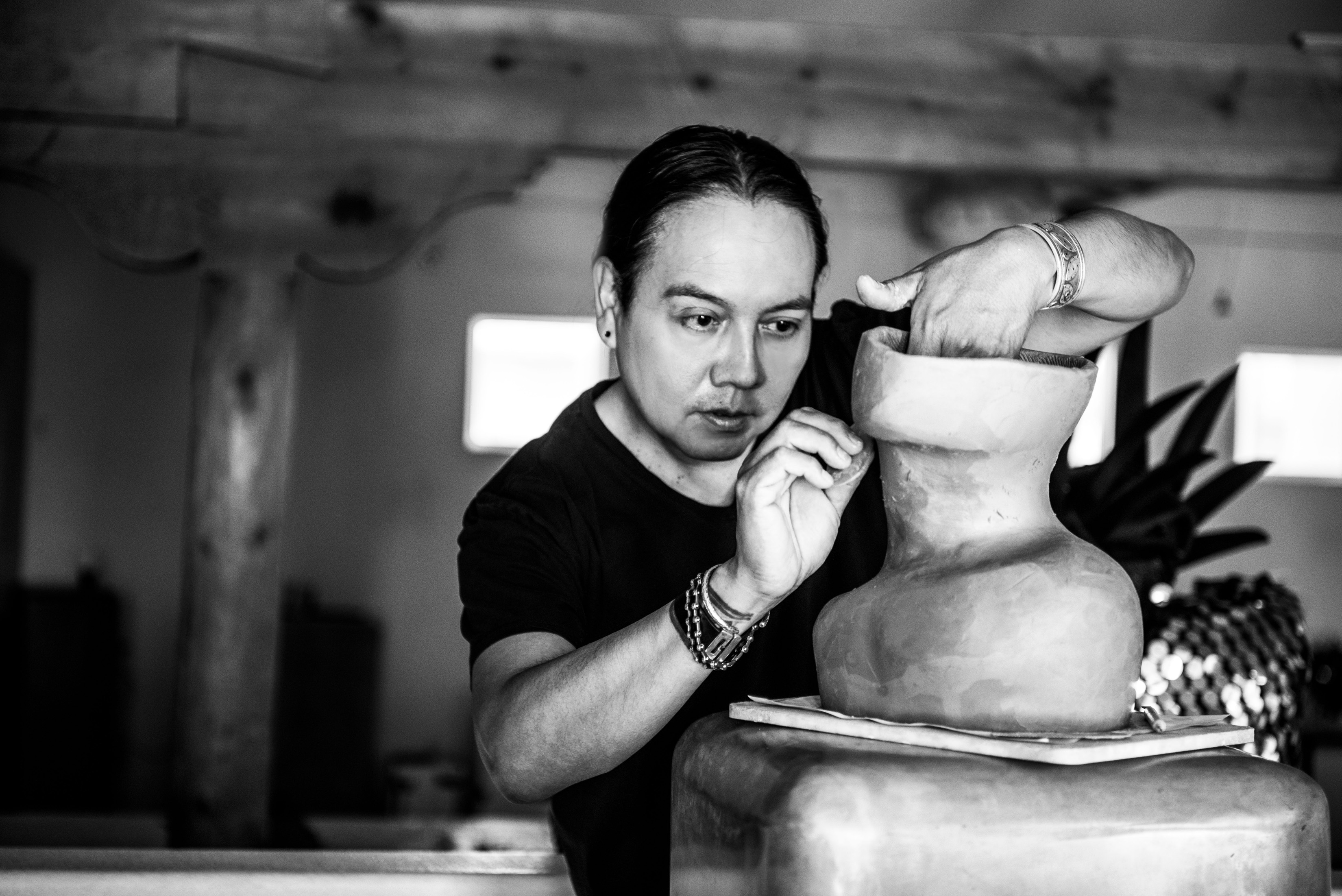 Revolutionary multi-media artist Virgil Ortiz is the current artist in residence at MAM. Especially once the sun sets, his installation Odyssey of the Venutian Soldiers illuminates the Laurie Art Stairway, which is visible from outside the museum building at the corner of Bloomfield Ave. and St. Luke’s Place.  On Juny 2, MAM Conversations virtually visited Ortiz in New Mexico to discuss his ever-growing, futuristic retelling of the 1680 Pueblo Revolt and how he is adding to the story. Curator Emeritus of Virgil Ortiz: Odyssey of the Venutian Soldiers, Pamela Jardine, will provide an introduction. 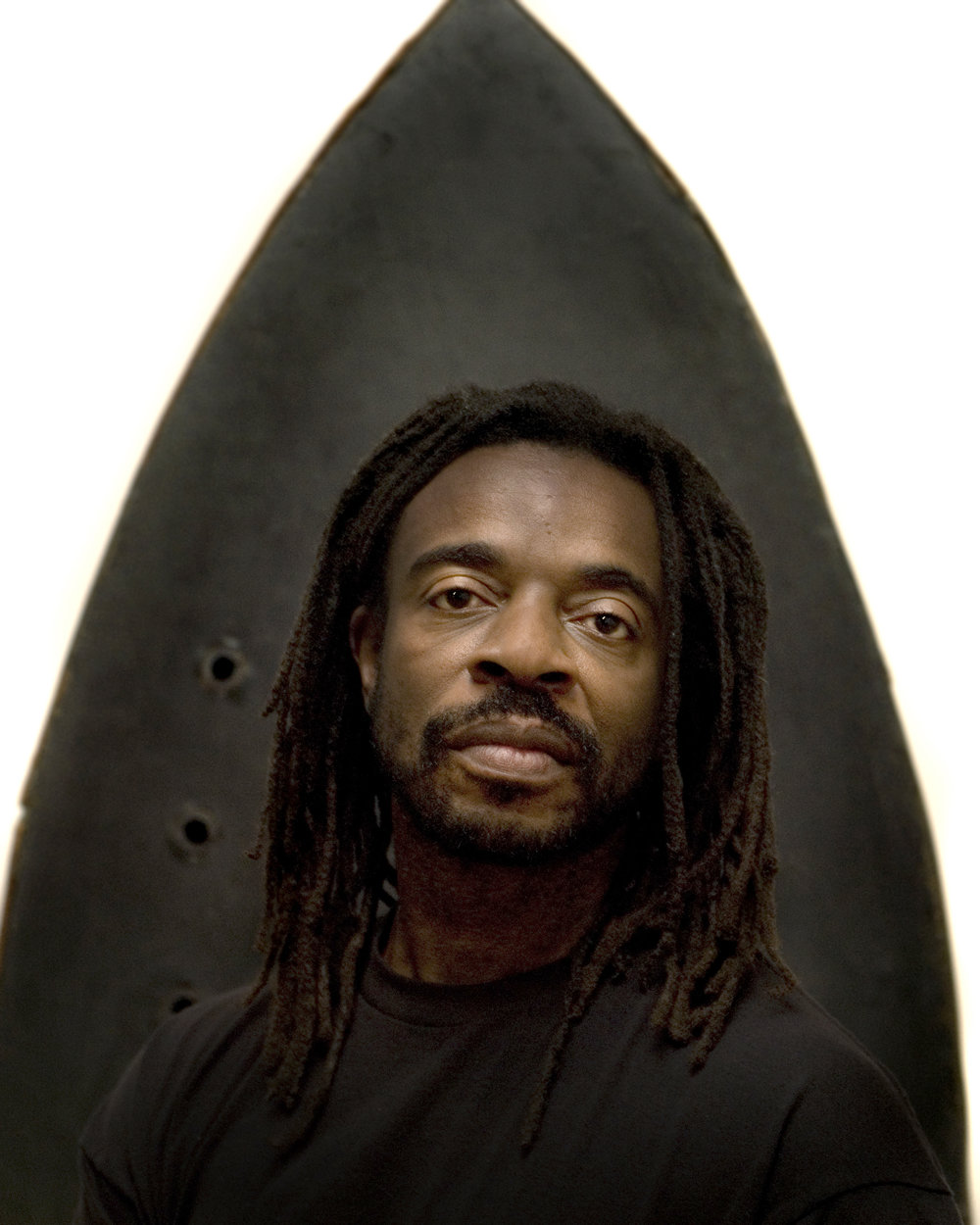 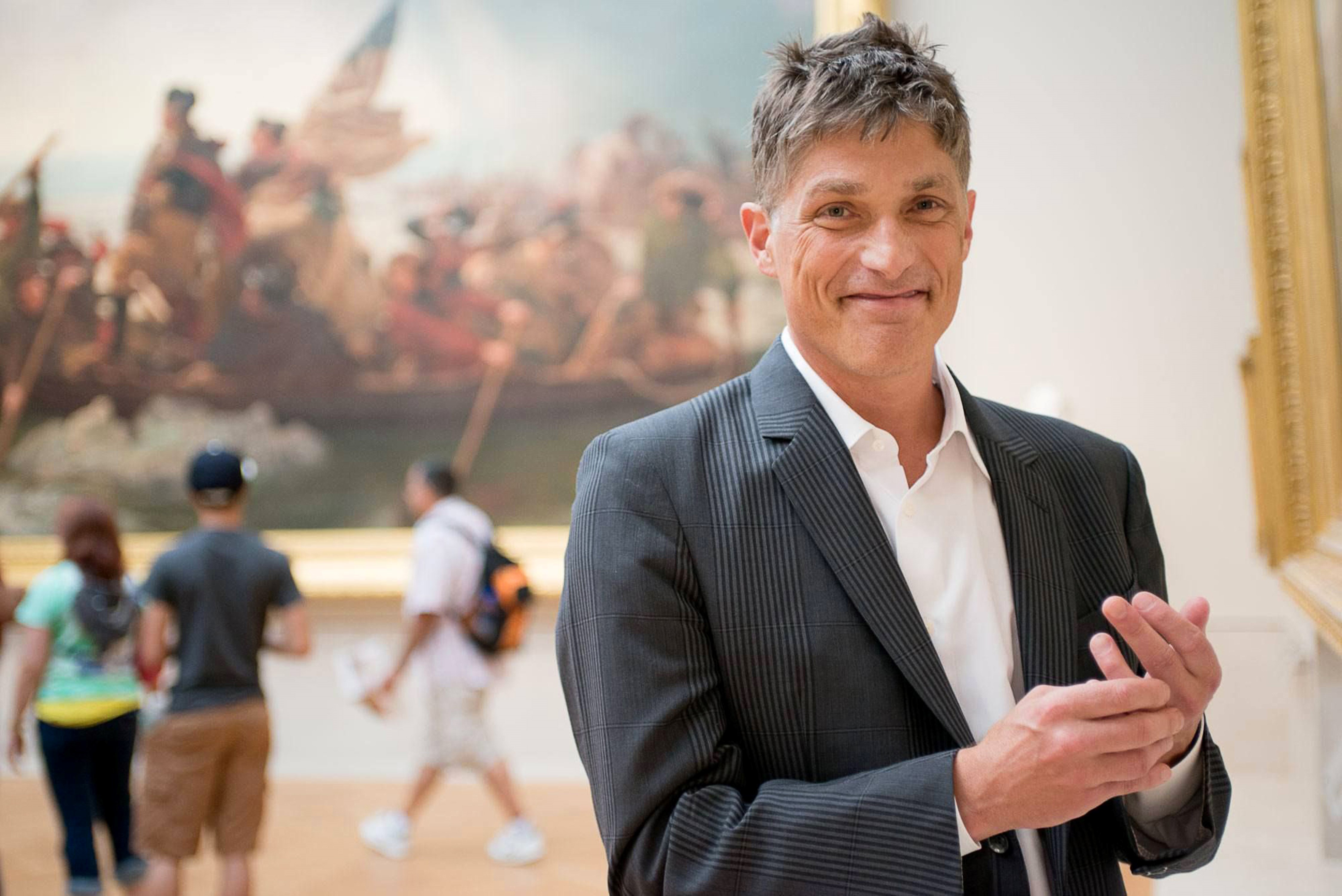 Alexis Rockman blends reality and fantasy to examine humanity’s relationship with the environment.  His eerily dystopian canvases are both recognizable and disorienting, and express concern about global warming, the fragility of the world’s ecosystems, and the impact of human activity on earth. On July 16, MAM Conversations talked with Rockman about his recent watercolors and how his monumental painting Pond Life has inspired new work.  Pond Life will be on view when the museum reopens as part of the permanent collection exhibition Uncaged: Animals in the Collection.

Photo courtesy of The Metropolitan Museum of Art. Joyce J. Scott is best known for creating intricately beaded sculptures and jewelry that draw inspiration from West African Yoruba weaving techniques and Native American beadwork. Scott confronts issues of racism, sexism, and cultural stereotypes with work that is often personal, and seeks to provide spiritual healing in the face of all that divides us. MAM Conversations visited Scott in her Baltimore studio on July 23, 2020 to find out what she’s been working on over the past few months.  The conversation was moderated by Patterson Sims, former director of the Montclair Art Museum and co-curator of the major survey exhibition Joyce J. Scott: Harriet Tubman and Other Truths which was featured at the Grounds for Sculpture in Hamilton, New Jersey in 2017-18. 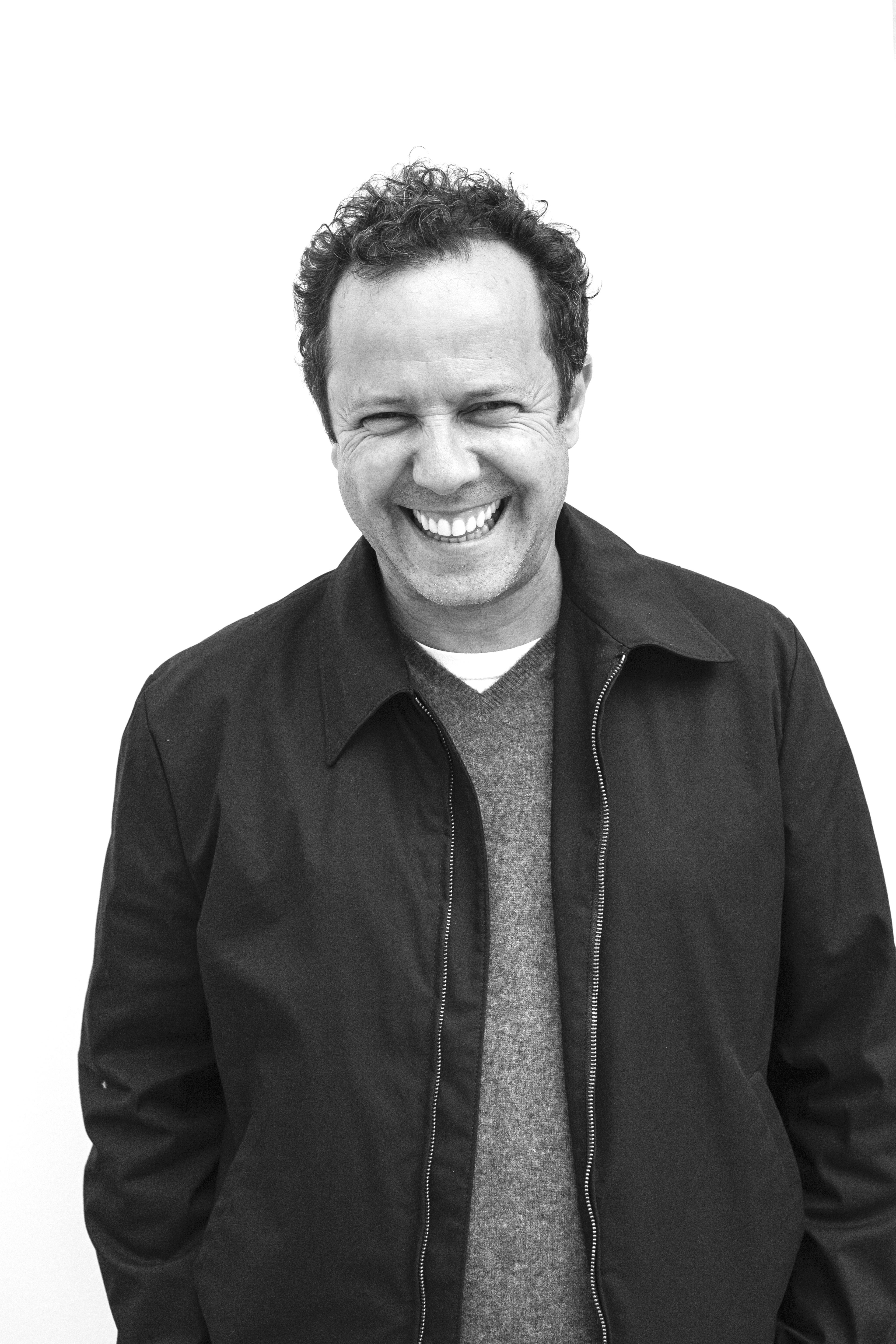 On July 30, we spent the evening with artist Vik Muniz in his studio in Brazil. Blurring the lines of “fine” art, Muniz is known for his recreations of classic artworks works using everyday materials from chocolate and sugar to junk and toys, which he then photographs. His layered, intricate works transform the mundane and comment on economic inequality, the art historical canon, and popular culture.  We’ll talk with Vik about Doubting Thomas (2000) and The Stone Breakers, after Gustave Courbet (Pictures of Magazines 2) (2013), two photographs in museum’s collection, as well as new work. 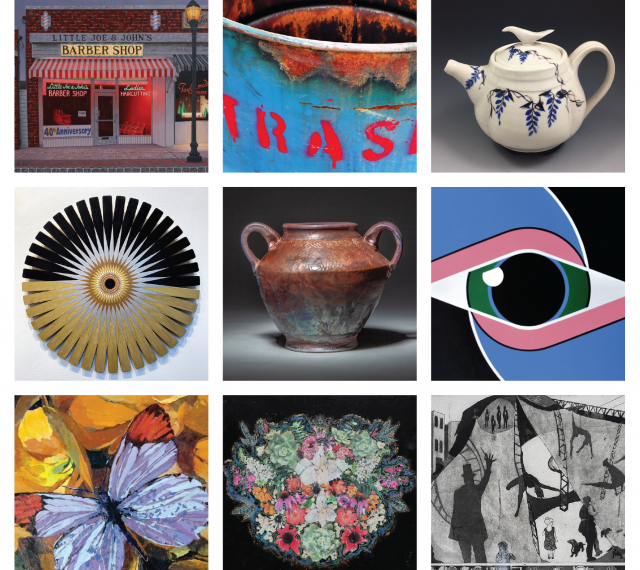