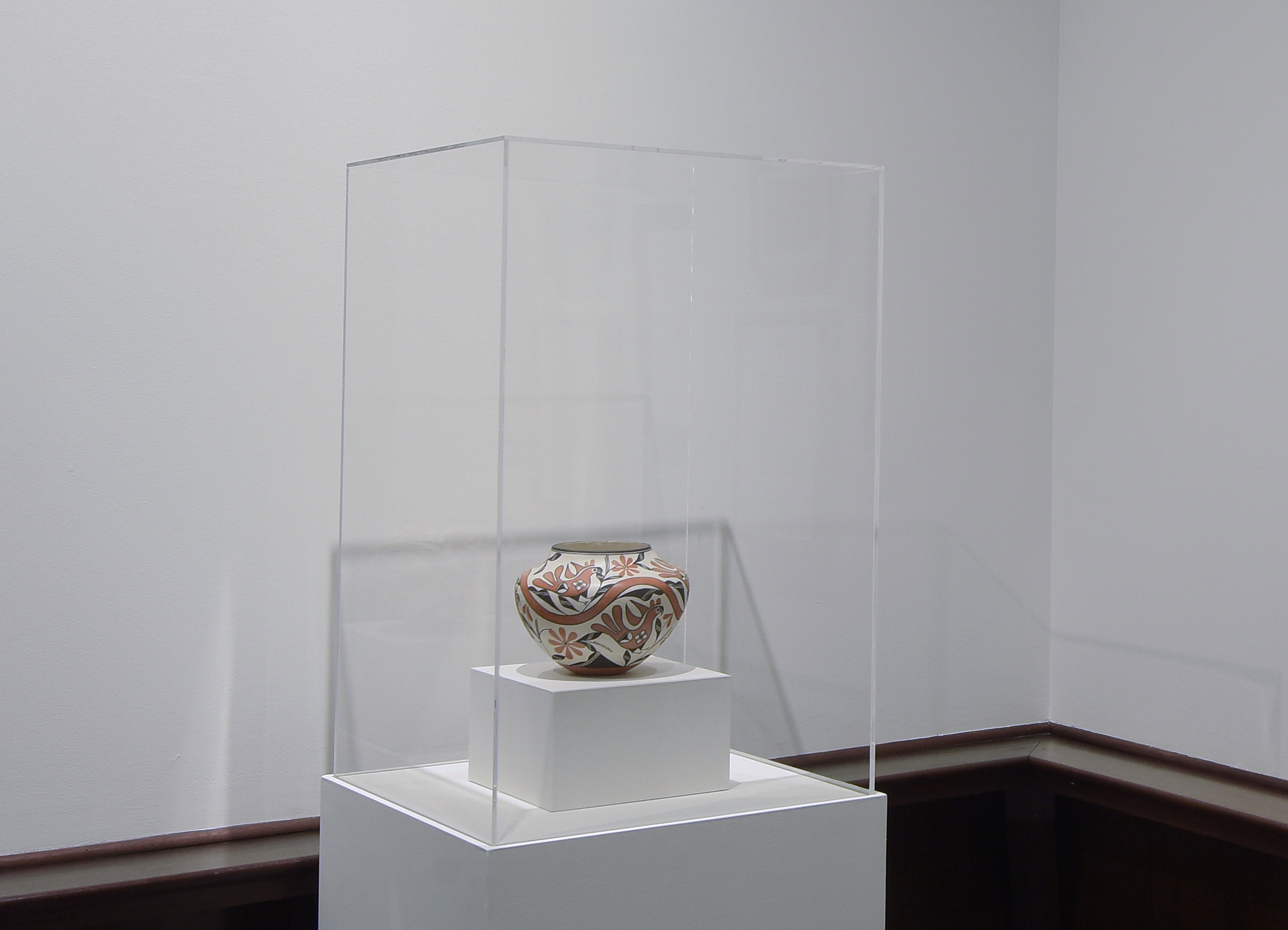 Lucy Martin Lewis was known for her ceramic work using the Acoma Pueblo traditional methods of building and decorating pottery.

She was a lifetime resident of Acoma “Sky City” in New Mexico, which is one of the oldest continuously occupied cities in North America. The Acoma people have been making pottery vessels of everyday life, of ritual, and of great beauty. Pottery making is learned by children from their parents, and grandparents, and is passed down from one generation to the next.

Lucy had nine children, and seven went on to become potters. She and her family researched old pottery designs of the Ancestral Pueblos (Anasazi) to inspire their work. Her pottery became recognized in 1950 when she won a blue ribbon at the Gallup Intertribal Ceremonial. This is when she began signing her work. As the market developed for this art form in the 1950s, many Acoma women sold their pottery to tourists by the roadside of Route 66. 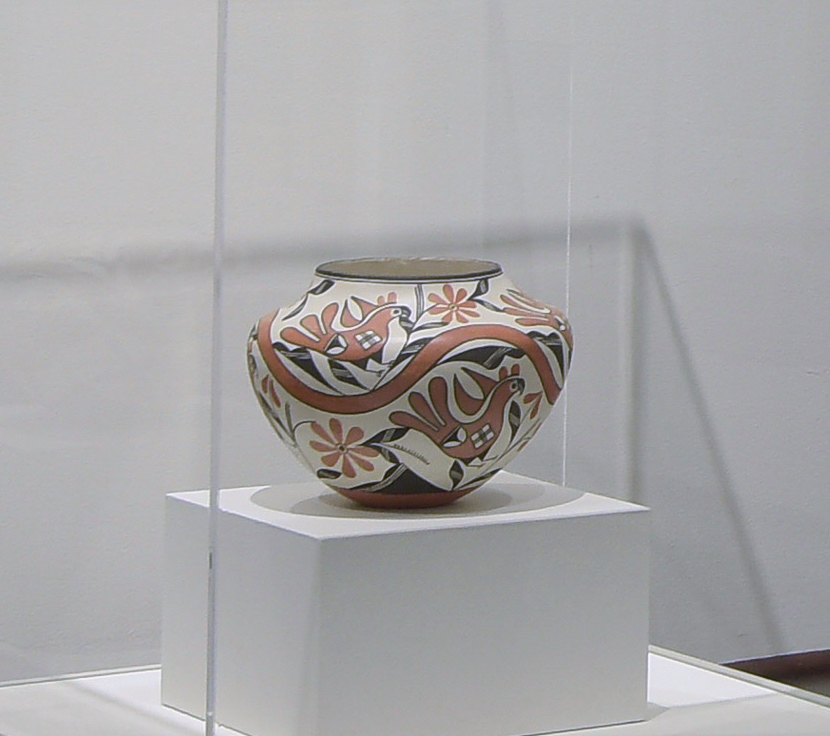 Lucy used the polychrome technique to decorate this jar. Polychrome includes three or more colors from clays, minerals, and plants used to decorate a hand-built ceramic piece. As you can see in this jar, black and red are applied to a white clay slip background.

Before the design can be planned, the pot must be made. The clay is mined from sites known only to each Pueblo tribe. It is considered sacred as it comes from the earth.
This dry raw material must be sifted, pulverized and tempered with potsherds that are also ground to powder to make the clay strong. The Acoma clay is gray in color, very strong, and enables the potter to make thin walls of pottery. It can take many weeks to build a pot. The potter starts with a pancake-like base and gradually adds coils of clay to build the walls. The initial coils must be firm enough before additional coils could be added or the walls of the pot could collapse.

Once the pot is dry, the shape is further defined by hand scraping the clay with a specially grown gourd, and then sanded smooth with a stone. The white clay slip is then applied a few times to the entire surface. Without this application of slip, the mineral paints would run off the surface of the pot.

Lucy chose one of the most common Acoma subjects to include in her design, the parrot. Looking carefully at the birds on the jar, you can see hooked beaks on each bird. The parrot is a bird considered to be a leader. When the Spanish Europeans came to the Southwest, they brought parrots with them. Legend has it that one day a parrot flew away from its owner. The Acoma women noticed a bird flying in the same direction daily and landing in the same spot. They followed the bird to a watering hole. From that time on, the parrot image decorated the jars used to transport water.

When fully dried and decorated, the pot is then pit-fired along with other pots. This in-the-ground process is not as precise as the electric kilns used to fire ceramics today. Some pieces may end up cracked or need to be fired again. That is why many of these pieces are revered and carefully preserved. 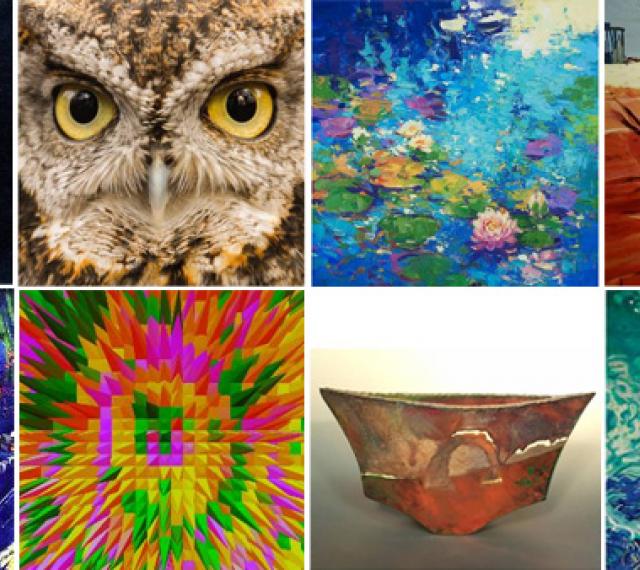