It is easy to imagine that Americans living in the increasingly urbanized America of the late 19th century would enjoy this painting’s humble subject—a hunter’s catch slung over a nail in a weathered wooden door—and its illusionistic presentation. In fact, the artist produced roughly 100 paintings with a similar subject and style.

Tromp-l’oeil (“fool the eye”) paintings like this were popular with the American public, although art critics objected to their lack of an elevating moral or aesthetic tone. The paintings were destined more for such public spaces as hotel lobbies and saloons than for domestic interiors and museums.

It took certain strategies to create the illusion that these birds and the door handle are within our grasp: the canvas of the painting must look like the surface of some flat, upright object in the real world (here, a cabin door); items attached to that surface must cast a shadow on it; and the items must be completely contained within the painting (nothing is cut off by the frame).
Richard La Barre Goodwin painted many conventional still-lifes with similarly unpretentious gatherings of fruits or flowers. The landscapes he produced while he lived in California were largely destroyed by the San Francisco earthquake and fire. At the end of his peripatetic career he was living in Orange, NJ. 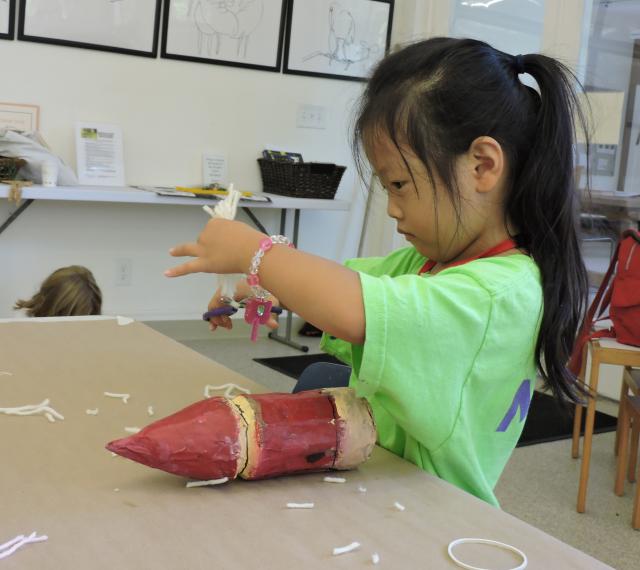